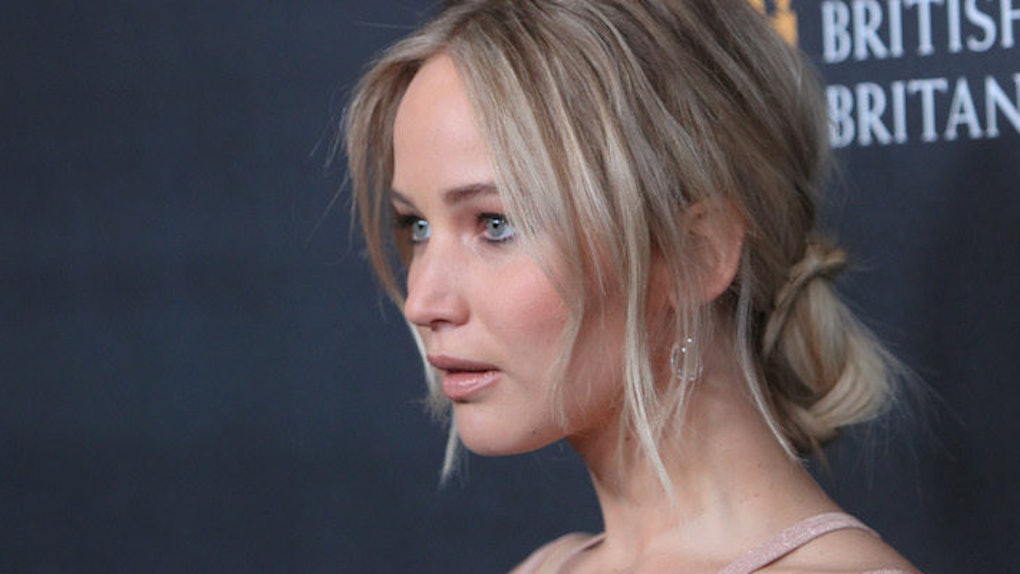 Jennifer Lawrence is just as stunned as the rest of us, but not into silence.

As protesters took to the streets of cities like New York and LA to share their discontent with the impending Trump presidency, J Law penned an essay for Vice's Broadly urging fellow women to let that discontent fuel their actions over the next four years.

The Oscar winner insisted she wants “to be positive” and “support our democracy,” though she reminded readers,

This country was founded on immigration and today the only people that feel safe, that their rights are recognized and respected are white men.

Jen admitted she doesn't have all the answers and shares our fear of the future.

If you're a woman and you're worried that no matter how hard you work or how much you learn, there will always be a glass ceiling, then I don't really know what to say. I don't know what I would tell my daughter if I were you.

Rather than looking for a shoulder on which to saddle the blame for the current political climate, though, the "Passengers" star encouraged all women to “have hope” and “work for the future.”

Speaking in specifics, the 26-year-old wrote,

We mustn't be defeated. We will keep educating ourselves and working twice as hard as the man next to us because we know now that it is not fair. It is not fair in the workplace, so you make it impossible to fail. And like Hillary, it might not work. But like Hillary, you can still be an inspiration and get important things done. Do not let this defeat you -- let this enrage you! Let it motivate you! Let this be the fire you didn't have before.

With a call to people of color, women and members of the LGBTQ+ community to abdicate fear and “be loud,” Jen gave us the hype we need to take action and fight back in real ways that make a difference in our lives and the lives of those similarly affected by the Trump/Pence victory.

Whether we decide to donate to Planned Parenthood, alter our personal rates of energy consumption to stave off climate change, educate ourselves about the American Muslim experience or get more involved in local elections, a push from Katniss fucking Everdeen only helps us hit the ground running harder and faster.

Citations: Don't Be Afraid, Be Loud: Jennifer Lawrence on What We Do Now (Vice)