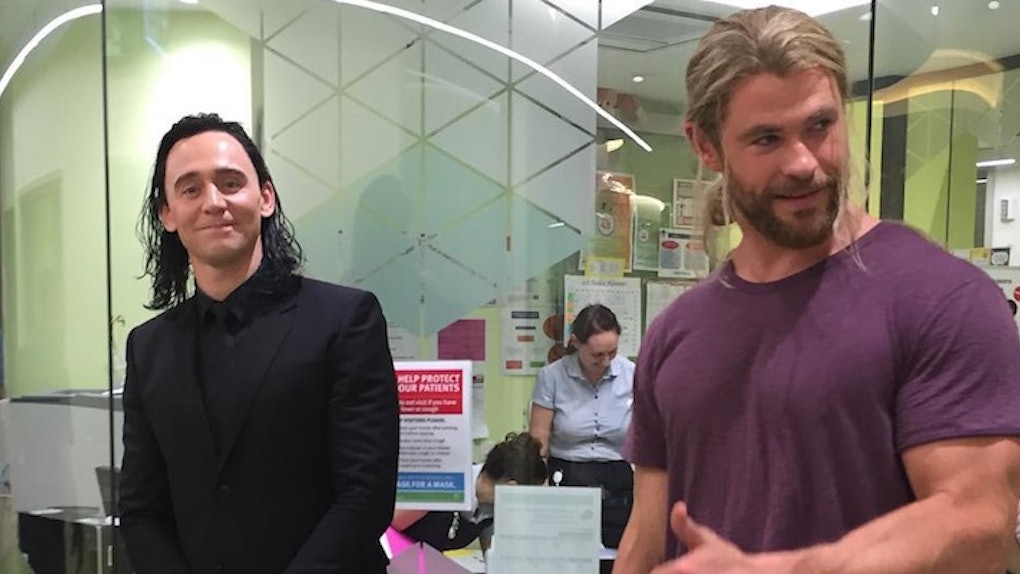 Actors Chris Hemsworth and Tom Hiddleston reunited for something other than an onscreen appearance in "Thor: Ragnarok."

Lives were changed when 33-year-old Hemsworth and 35-year-old Hiddleston decided to visit patients at a children's hospital with one common goal in mind -- spreading happiness!

Thor and Loki took a break from filming on the set of their new movie "Thor: Ragnarok" to pay a visit to Lady Cilento Children's Hospital in Australia.

Chris Hemsworth took to Instagram to upload a photo of their hospital visit. The caption reads,

Met the real superheroes of the world at Lady Cilento Children's Hospital. A huge shout out to all the brave kids who are an inspiration to all of us!

These guys are great.

Here's the post. So many good vibes, so many feels.

Wait, is that Loki getting knocked over the head by one of the kids? These kids really are the true heroes here!

Photos of Tom Hiddleston and Chris Hemsworth's hospital visit surfaced on Twitter. As you can see, they were all smiles.

When they're not selling out movie theaters and concert venues, kindhearted celebrities often use their off-time to connect with those in need of their inspiration.

Chris Hemsworth and Tom Hiddleston's hospital visit is sure to keep these heroes in good spirits as they continue to stay strong.