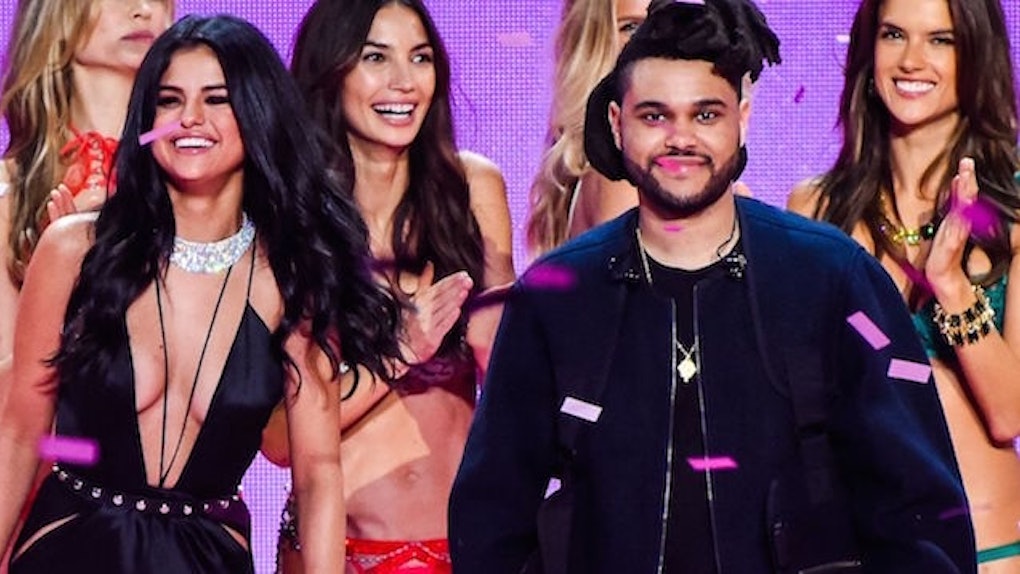 The Weeknd And Selena Gomez’s Relationship Is Fake

Are Selena Gomez and The Weeknd actually going out or is this one big PR stunt for a music video?

Feel free to rent out a sound proofing studio before taking a look at the pictures that were snapped of the two going mouth-2-mouth with each other because you WILL be screaming very loudly.

For starters, the pictures leaked yesterday, the same day The Weeknd tweeted this.

You want to tell me The Weeknd making out with Selena Gomez just HAPPENED to happen 24 hours before the "Party Monster" video is set to drop?!?! DO I LOOK LIKE MY EYES ARE COVERED IN POOPS?!?!

Secondly, people are speculating the following lyrics from "Party Monster" were actually about Selena the entire time.

So, we're just supposed to believe Selena and The Weeknd just HAPPENED to drop pictures of them making out the day before he is set to release a music video for a song that was inspired by her?

The internet isn't buying it and neither should you.

SOoooOOooOOooO, WHAT IS GOING ON, YOU FREAKING TEASES?!?! IS THIS A THING OR WUT?!!