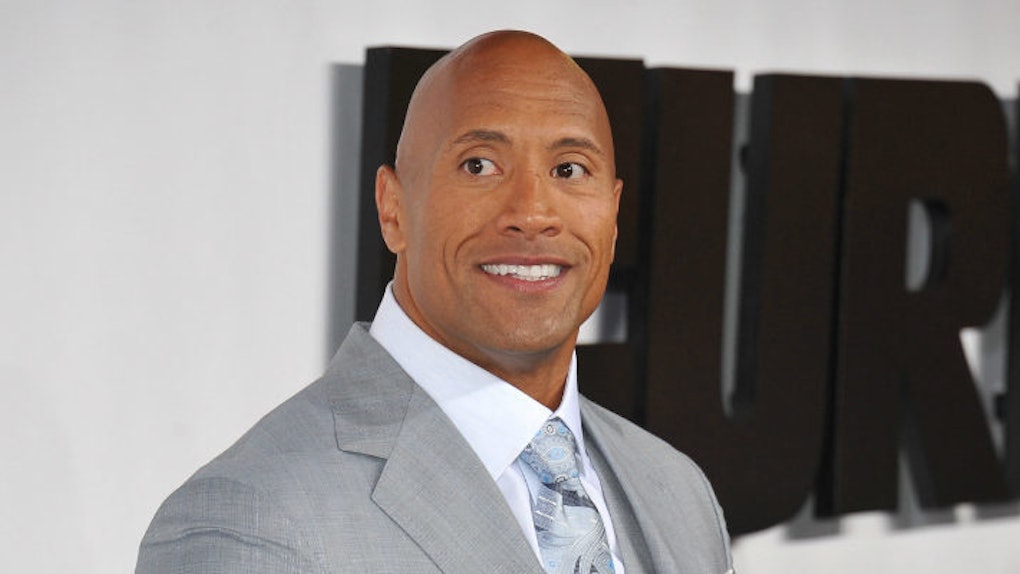 Dwayne 'The Rock' Johnson Is The World's Highest Paid Actor

Do you smell what Dwayne "The Rock" Johnson is cooking?

Filet mignon, maybe, because he makes a lot of money. I don't know, maybe lobster or something? What do rich people eat? I survive on scraps people leave behind at restaurants.

Dwayne "The Rock" Johnson is now the highest-paid actor in the world. According to Forbes, he pulled in $64.5 million in a year -- double what he made in 2015.

His earnings are $20 million more than the two-year-running highest-paid actress, Jennifer Lawrence, because sexism.

His net worth was boosted from "San Andreas"' successful box office run and his upfront salaries for "Baywatch," "Fast 8" and "Central Intelligence."

Jackie Chan took the number two spot, making $61 million for his work in China, followed by Matt Damon who made $55 million. Tom Cruise made $53 million, and in fifth place was Johnny Depp, who earned $48 million.

If you're into the whole Vin Diesel and Dwayne Johnson tiff, then let it be known that Diesel landed in the number seven spot with $35 million, thanks mostly to "Guardians of the Galaxy" and "Fast 8."

Citations: Dwayne Johnson Is the World's Highest-Paid Actor -- But Where Does Vin Diesel Fall on the List? (Entertainment Tonight)