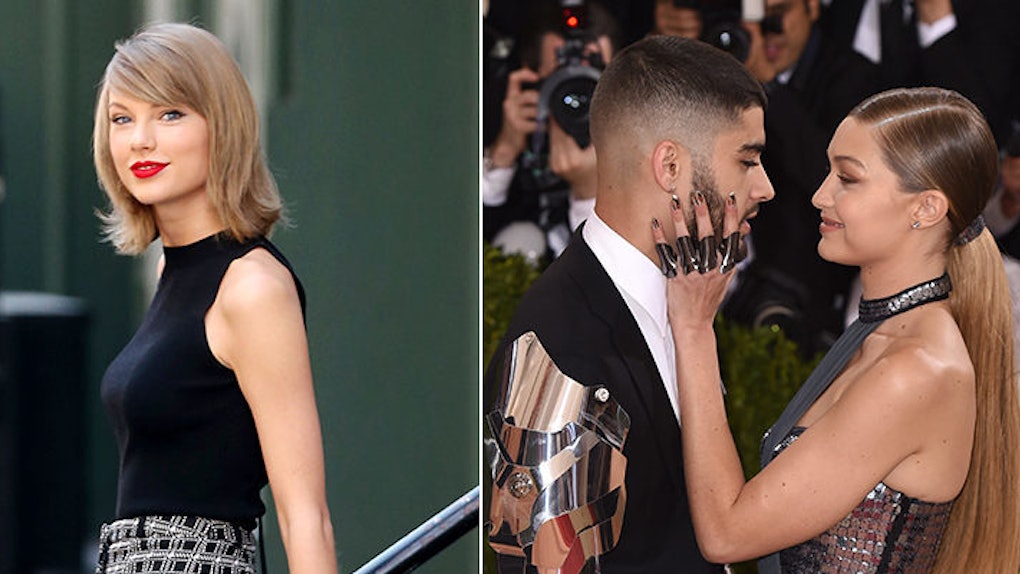 Taylor Swift is newly single and living it up.

The 1989 singer spent her Monday night third-wheeling Gigi Hadid and Zayn Malik, so that sounds... fun?

What's better than hanging out with another couple right after you and your BF break up? Nothing!

I guess now that her relationship with Tom Hiddleston ended, Taylor has a lot of free time. She hit the NYC streets with ZiGi and stood at an awkward arm's length from them.

I wonder how taylor feels now being the third wheel to gigi https://t.co/cEZd6hppLH — kyla (@blindedbyselena) September 13, 2016

I wonder how taylor feels now being the third wheel to gigi https://t.co/cEZd6hppLH — kyla (@blindedbyselena) September 13, 2016

@TSwiftNZ Oh Taylor I've been in your shoes as a third wheel for hundreds of times — Zoe (@daymzoe) September 13, 2016

Things did turn ugly, though. Many people called her a "snake" and questioned why ZiGi was around her.

People even accused Taylor of starting to infringe of Gigi's relationship with Zayn.

Hello everyone Zaylor is rising can Taylor punch Gigi out of the way — lex (@kilIharryfans) September 13, 2016

Welp, what was supposed to be an innocent night out with friends sure turned into a lot of drama. Thanks, internet!