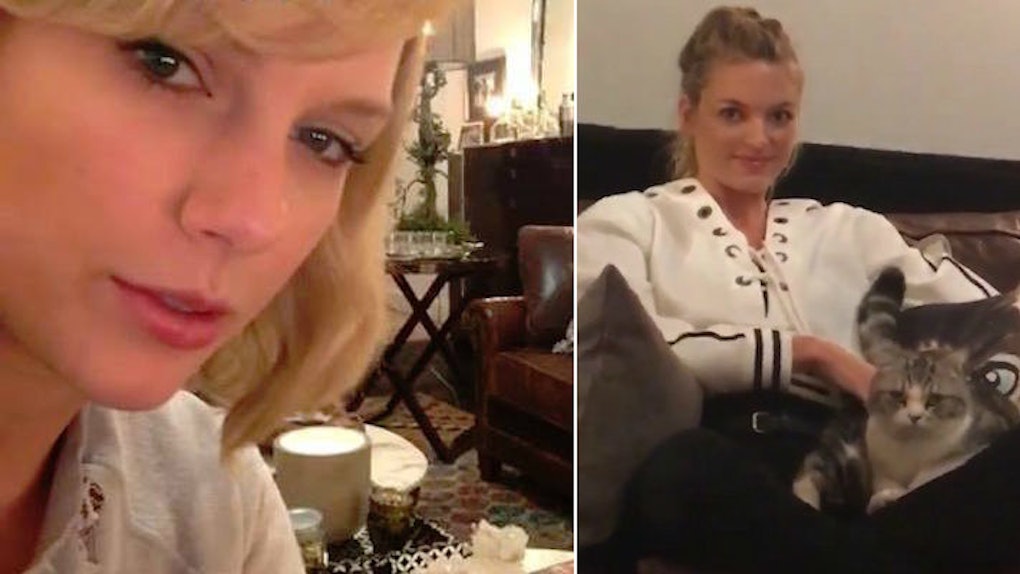 Taylor Swift has us fooled, my friends.

It's her cat Meredith.

Last night, we got an inside look into Taylor's NYC apartment where the singer's bff Martha Hunt bonded with Mer, and Swift was overwhelmed with feelings.

We watched her Instagram story as she filmed 27-year-old model Martha Hunt sitting across the room with the Swift cat on her lap.

Taylor sat alone and narrated the precious moments from afar.

She began by saying,

She really loves you. This is a beautiful moment.

Taylor, you jeal? Looks like you're not Meredith's favorite person anymore.

They're taking pictures together now. She never takes pictures with me.

It's OK, Taylor! Meredith still loves you. She just loves Martha now, too.

Apparently, the shared loved was too much for the "Bad Blood" singer to handle.

Her next video showed her beloved feline on another woman's lap with the caption, "Tonight has been an emotional roller coaster."

You can always channel these emotions into your next song -- and Meredith better be featured.