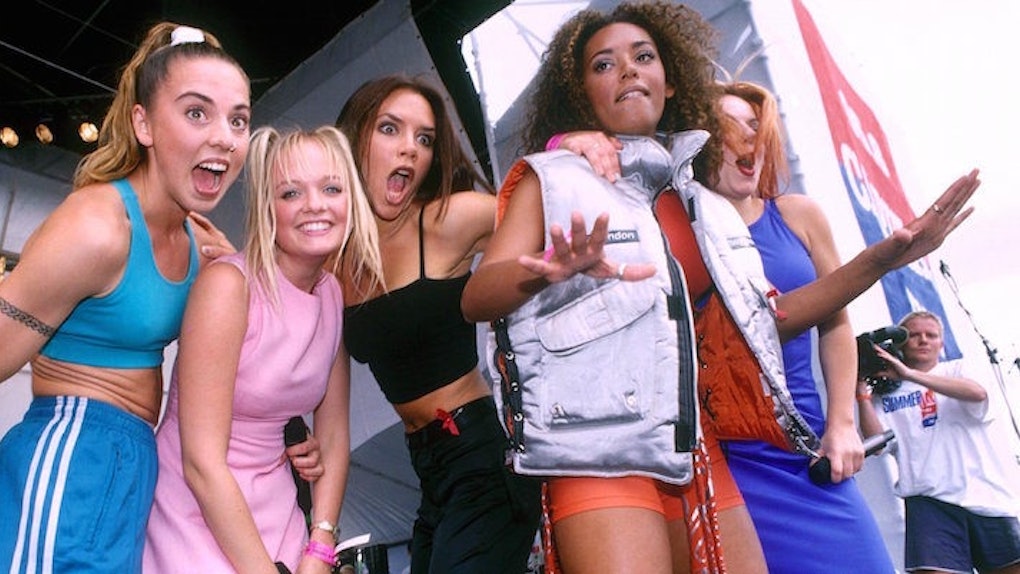 Maybe the Spice Girls are the feminist icons we've needed this entire time.

It's been years since Scary, Baby, Posh, Sporty and sometimes Ginger have made their way up the charts.

They obviously had a massive amount of hits, but the most famous girl group of all time built a lot of their empire largely on the concept of "Girl Power," fighting sexism in the '90s with a ferocity comparable to Susan B. Anthony or Roe from Roe v. Wade (she doesn't have a second name, like Cher).

New video surfaced of the Spice Girls calling out a photo crew for sexist remarks during a shoot. If you're looking for a feminist recharge after last week's election results, this is it.

The video was taken during a shoot for a Polaroid commercial. Though the actual remarks being said were captured on film, it's clear members of the group were pretty pissed at the director for asking them to show more skin for the commercial.

His response of, "It's every man's fantasy... that's showbiz," didn't sit well with the crew, prompting Geri (Ginger) to call the director a "chauvinistic pig." Then Victoria Beckham (Posh) burned him for wearing sunglasses when it wasn't bright out, joking,

It's not sunny. Stop trying to look cool.

You can watch the Polaroid advertisement here.

This video leak comes oddly close to the Spice Girls' 21st anniversary relaunch. Though we don't know much about what the relaunch is exactly, we do know Emma, Geri and Mel are all slated to do something together.

They announced their reunion on the band's YouTube page back in July.

Notably, Posh and Sporty will not be making their return to the band.

Yeah, yeah, yeah... I'm trying to cope with that also.