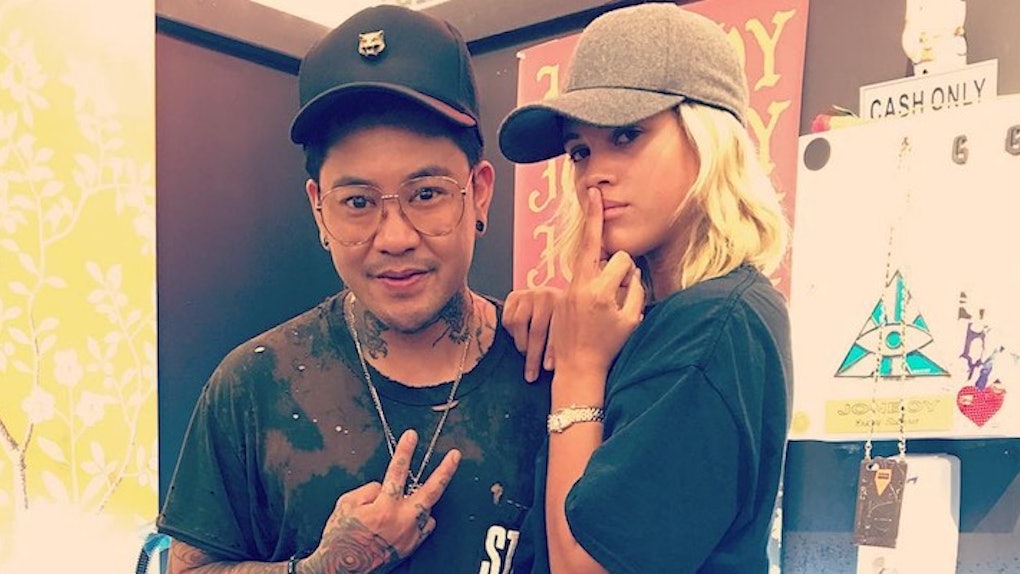 Sofia Richie's New Tattoos Will Make You Want To Get Inked

The 18-year-old star took to Snapchat to show off new tattoos she had inked by Jon Boy, a New York City-based tattoo artist known for his work with stars like Justin Bieber (of course) and Justine Skye.

Just before getting her new ink, Sofia Richie expressed that she was "really scared." Regardless, Jon Boy did what he does best, and let's just say Sofia's got some new art to be proud of.

Her first tattoo was of a small cross positioned on the side of her middle finger.

The second tattoo was on the back of her neck. The numbers "13:4" reference a bible verse.

Now, I know what you're all thinking, but calm down, Beliebers.

You guys were probably hoping for Sofia Richie to get "JB" tattooed somewhere on her body but she clearly isn't going to give in just yet...

She's dedicating her new ink to her dear faith -- for now!