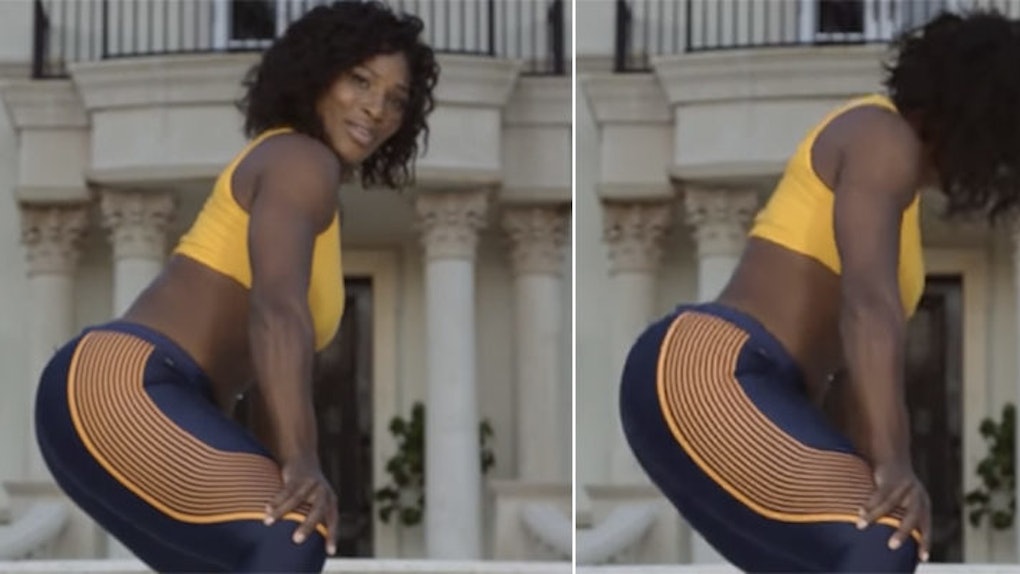 There really is no other way to begin this article about Serena Williams than with this question.

I know the person. That's Serena, of course, going out for drinks in New York on Monday night (and looking good as hell while doing it, by the way).

I know the song, too. Our children and children's children will probably be getting lit to Juvenile's "Back That Azz Up" for generations to come. Why? Because it's the twerk national anthem.

But damn it, that ain't no twerk. And I feel pretty confident in saying I have the people behind me on this one.

To be clear, I take no pleasure in pointing out that Serena can't twerk to save her life, but this has been a long time coming. The truth is Serena was never good at twerking. We just kept letting her slide because we like her.

And when I say "we," you know what I mean. That's right, it's exactly what you're thinking: people who know what dancing's supposed to look like.

The receipts tell all:

Pretty much everyone, including yours truly, was hyped.

And there were some sings of mediocrity, but we just took it anyway because the video was lit.

June 10: Serena posts this video of her dancing.

Some people got fed up.

Ultimately, though, it was only on Snapchat, and people were willing to sweep it under the rug.

August 3: Twerk tutorial with "Self" Magazine.

OK, this is where things started to go left.

This tutorial was tough to watch. But out of love for Serena, some people tried to spin it.

Others, meanwhile, couldn't take it anymore.

Wonder if I'm the only that let Serena slide cz she fine in that "attempt" of a twerk video — WK️️️ (@KingWesK) August 3, 2016

No, you're not the only one. And, to be honest, we were willing to let all this slide.

But then this happened.

Now people are either hoping she's trolling us...

...or they're ready to politely tell her to have a seat.

It's easy to see why people who stuck Serena with her all the way through her career might be reluctant to criticize her, even for little things like this.

The result? Anything with "Serena" in its title is good content these days — even if it's the worst twerk in history.

But from someone who sees through all that, it must be said:

Serena, we love you, but please chill.