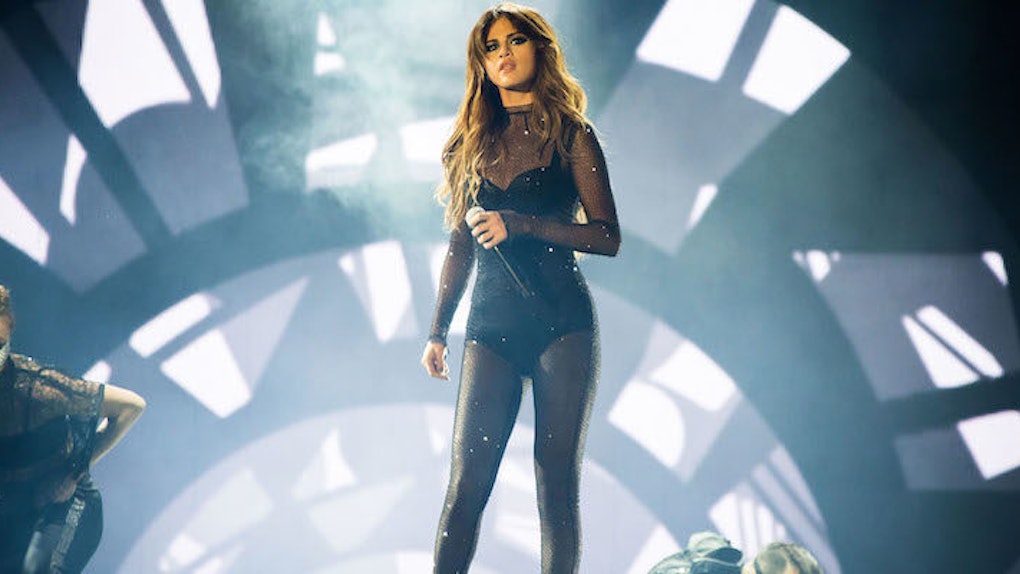 Selena Gomez told reporters she's lonely and, I'm sorry, the only way to fix this is for us to go out.

I'M SORRY, SELENA. THAT IS THE ONLY ANSWER.

In anticipation of her September cover on Australian Vogue, the 24-year-old pop icon revealed in an interview dating isn't easy when you're famous.

Obviously, this isn't breaking news, but you have to feel somewhat bad for Gomez, who arguably took part in the biggest breakup of all time when she dumped Justin Bieber.

For a while, my private life was the most talked about thing. Nobody really knows everything and they can only assume. You want to do what you love but all this other stuff overshadows it so it makes it a little harder for people to take me seriously. I figured it's just temporary. I feel like that fortunately and unfortunately it's where my life is at the moment and I have to accept it.

I am prepared for that burden, Selena.

This obviously kind of handicaps Selena's dating prospects, as she admitted to Vogue,

Because I think people would think it's kind of dumb [to date me]. Nobody would want to throw themselves into that situation where it was so heightened publicly, like, why would they?

I would, Selena. I would.

In a move that can only be classified as hitting on me through the reporter's words, Selena says her optimal man would be either a "low-key" actor, a producer or a writer. She says the issue is "those kinds of guys are terrified of me!"

I am not terrified of you, Selena. I accept you.

Someone please give Selena my number.

Citations: Selena Gomez Dishes on Dating in the Public Eye It Makes It a Little Harder for People to Take Me Seriously (ET)