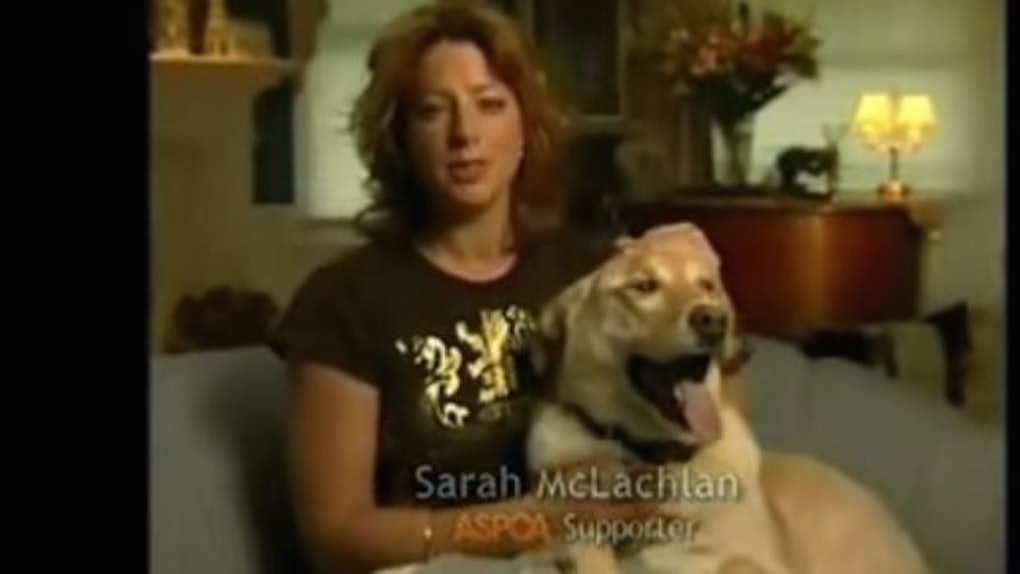 Chances are you've seen that ASPCA commercial with Sarah McLachlan and those poor, adorable, abused dogs and cats.

It's the one where her song "Angel" plays in the background.

Basically, it's the saddest commercial in existence. You know the one.

McLachlan recently spoke about her role in the ad with The Charlotte Observer.

McLachlan never realized the commercial would become such a well-known thing, and she even feels kind of bad about it.

When you attach a piece of music to something – it's sort of an innocent thing. A good friend of mine was on the the board of the SPCA here in Vancouver, and she said, 'Hey, would you consider doing an ad for them?' And I'm like, 'Sure, I love animals.' I spent three hours in the studio, I said those words, the song went with the pictures, and it raised 30 million bucks. It really hit home in a profound way, and there were articles written about how we'd changed the face of fundraising. And it was kind of difficult for me because I started to feel a bit disingenuous about the whole thing, in the sense that I had people writing me letters weekly (about shelter animals). I felt like a fraud, because I just did this little commercial. I love animals as much as the next person, but if I really wanted to attach myself to something, it would be kids and education.

Even though McLachlan might not feel great about it, this commercial has done a lot of good. But, that doesn't mean I can stand to watch it another time. It's too damn depressing.

I've cried three separate times just while writing this post. That is not a joke.

Citations: Sarah McLachlan is more than happy to make you cry (Charlotte Observer)