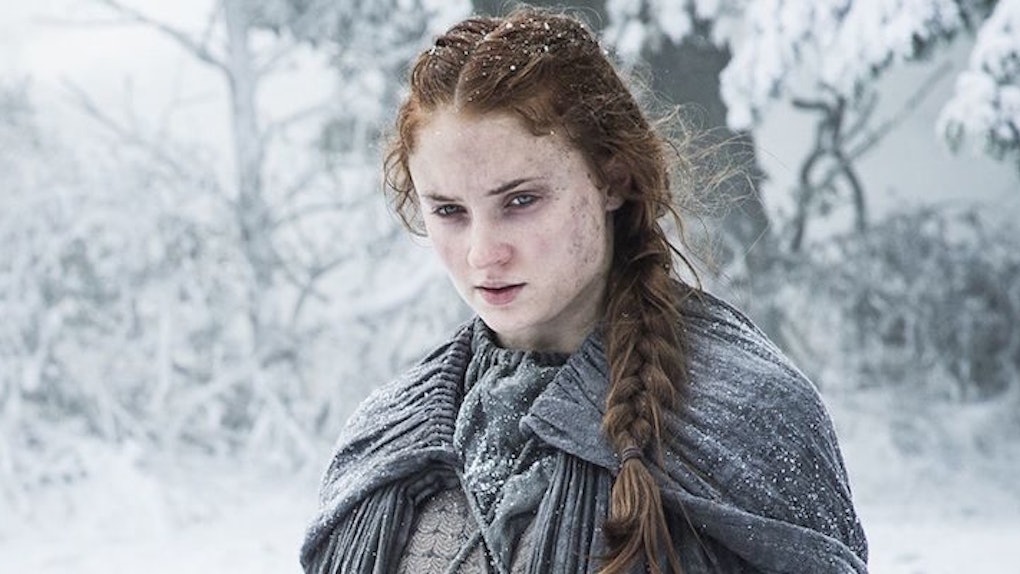 "Game Of Thrones" Fans Freaking Out Over Sansa Stark's Hair

Massive earth-shattering news for all of you “Game of Thrones” fans out there!

Sansa Stark has dyed her hair.

Actress Sophie Turner, who plays Sansa on "GoT," revealed on Instagram earlier this week the shocking decision to take a hiatus from her iconic red locks, opting instead to rock a full head of platinum hair for the foreseeable future.

Here is a friendly reminder of just how big the change she made is.

Wow, big, that's huge. I get it, though. Sometimes you just have to look inside yourself and be brave enough to make a difference in your life to shake up blah blah blah blah yada yada yada, OK, we get it.

MORE IMPORTANTLY, what the hell does this mean for Sansa?

Sansa's hair is her calling card. Her dying it platinum would be like if Daenerys decided next season to raise a bunch of owls instead of dragons.

Maybe Sansa dies in the next season and this is her in ghost form. Maybe she's a secret Targaryen. Maybe she has some spell cast on her, and her dyed hair is signifying she now has super powers a la Rogue from "X-Men."

While the comment section of the Instagram post is full of speculation about what the change could mean for the show, Twitter was quick to dismiss any theories claiming dying her hair was “Game of Thrones” related. The show isn't currently shooting, and Sophie's natural hair color is blonde, so this is likely a false alarm.