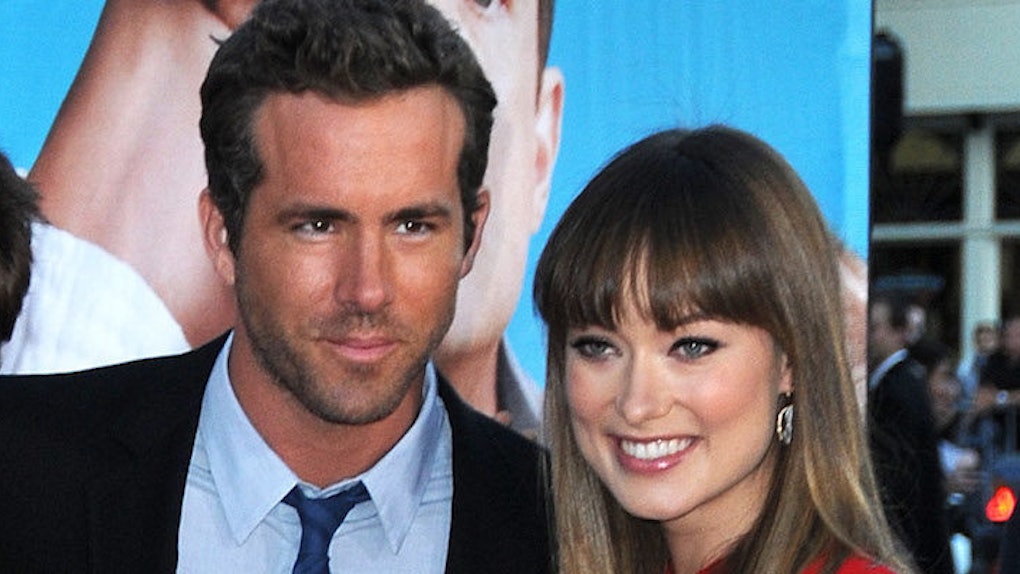 Question: Is Ryan Reynolds actually a funny person, or is he just rude to people on Twitter?

The answer is most likely both.

On Wednesday, Olivia, who is currently pregnant with her second child, posted a tweet expressing a feeling that many parents can relate to: doubting her parenting abilities.

Anyone else suck at parenting today? — olivia wilde (@oliviawilde) September 7, 2016

But apparently, Ryan Reynolds — who is also expecting his second child with Blake Lively — feels no such doubts about his parenting skills.

Here was his response to Olivia's cry for solidarity.

Now, to be fair, Olivia and Ryan know each other pretty well. (Remember the 2011 film, "The Change-Up," when they hilariously had sex together while Jason Bateman was stuck with a dumb family?)

Of course, this is not the first time Ryan's been overly confident about his parenting skills. Admittedly, his rude tweets about his daughter are pretty funny.

And let's not forget the amusing way he wished Blake a happy birthday on Twitter this year. Yet another classic rude Ryan Reynolds tweet.