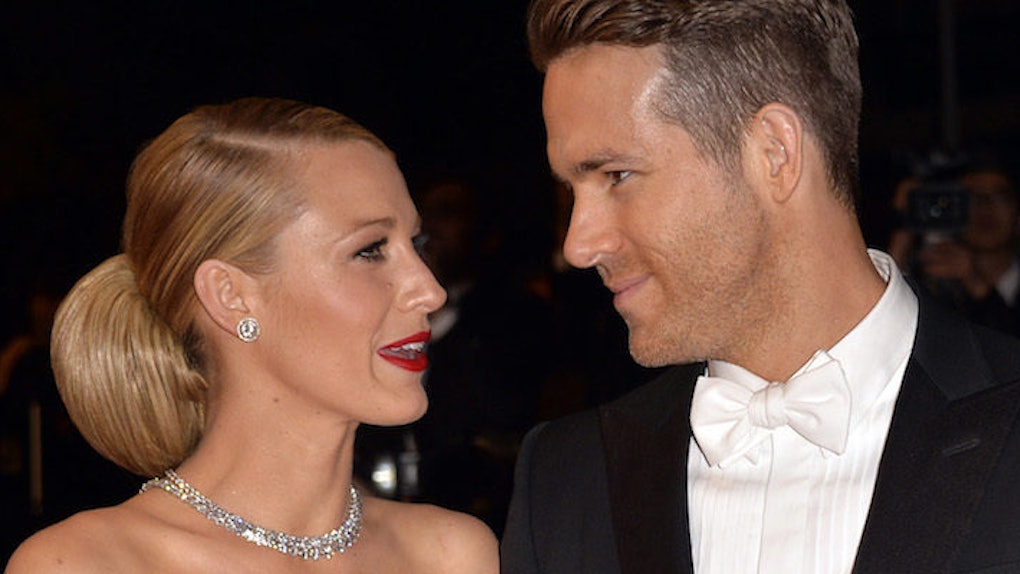 If there's one thing we've all learned within the past few months, it's that Ryan Reynolds doesn't like keeping secrets from his fans.

But I have to admit, he was doing a pretty good job keeping hush-hush about the gender of his second child for a while. We all knew that wasn't going to last, though.

After the actor indirectly spilled the beans on his newborn baby's sex over Twitter last month, we were pretty much convinced he and Blake had daughter number two.

Following last night's "Conan," episode, we can finally rest assured their newborn child is a girl — thanks, Ryan!

According to People, Reynolds confirmed with O'Brien last night he is indeed a father to two daughters. (Sorry, Blake!)

Apparently, the 40-year-old joked around and said he had no new projects to promote, and he was just on the show to get out of the house. He allegedly told O'Brien, "[H]aving two kids under two is tough."

He then reportedly admitted on air the two kids he has are indeed girls.

Reynolds described his female-populated family in a hilarious way, and said,

Yeah a lot of estrogen. It's like an American Girl doll took a shit on my life.

All sarcasm aside, he must be one proud papa for going against Blake's will and telling the world about their 4-week-old daughter.

Speaking of Blake, um, she wasn't too happy with her hubby for confessing the gender of her elusive second daughter.

After the show ended, Blake posted a picture on Instagram of Ryan's sweet apology after breaking a promise and confirming the gender of their baby to the world.

Needless to say, she has him whipped.

The ways I know that @vancityreynolds got himself into huge trouble on @teamcoco tonight: Not only did he come home with my true love, @levain_bakery cookies, but he personally toasted them for me and brought me a cup of milk WITH ICE. Literal brownie points. #IfYoureABirdImABird

He got her Levain Bakery cookies?! If that doesn't scream "I'M SORRY, I LOVE YOU," then I don't know what does.

Looks like all is forgiven in Blake's book. Now back to being the cutest couple alive, guys! C'mon!