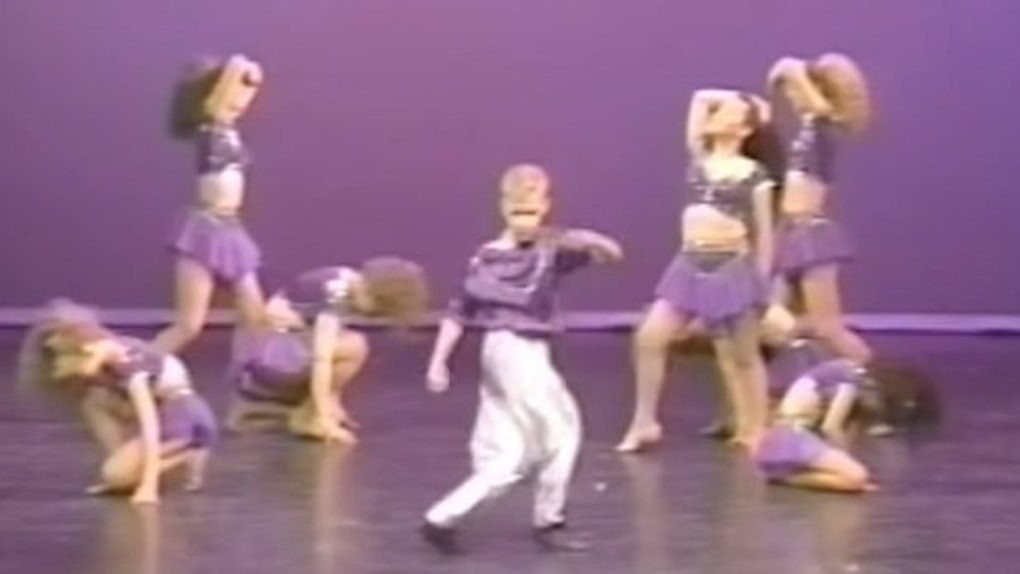 We are all incapable of resisting the charms of Ryan Gosling.

It's just a fact of life. But, becoming as charming and talented as Gosling doesn't happen overnight; it's something that needs to be worked at for a very long time.

Now, we have new visual evidence Gosling has been working on his game since he was a wee 12-year-old.

Jane Chupick, a producer for CBC's "Dragons' Den," unearthed two earth-shattering videos of a tween Gosling breaking it down in MC Hammer pants.

In the clips, Gosling is surrounded by a group of dancing girls and is straight up owning the stage. Gosling responded to the videos via Twitter.

Obviously I peaked early. Thank you @JaneChupick and twitter for the check up from the neck up. — Ryan Gosling (@RyanGosling) March 7, 2015

I just watched Gosling's super violent film "Only God Forgives" the other night, so this is kind of a surreal transition for me.

But, it'll give you some insight into how the Baby Goose became a man. And it might teach you a thing or two about dancing like a pro.

Check out the videos below: