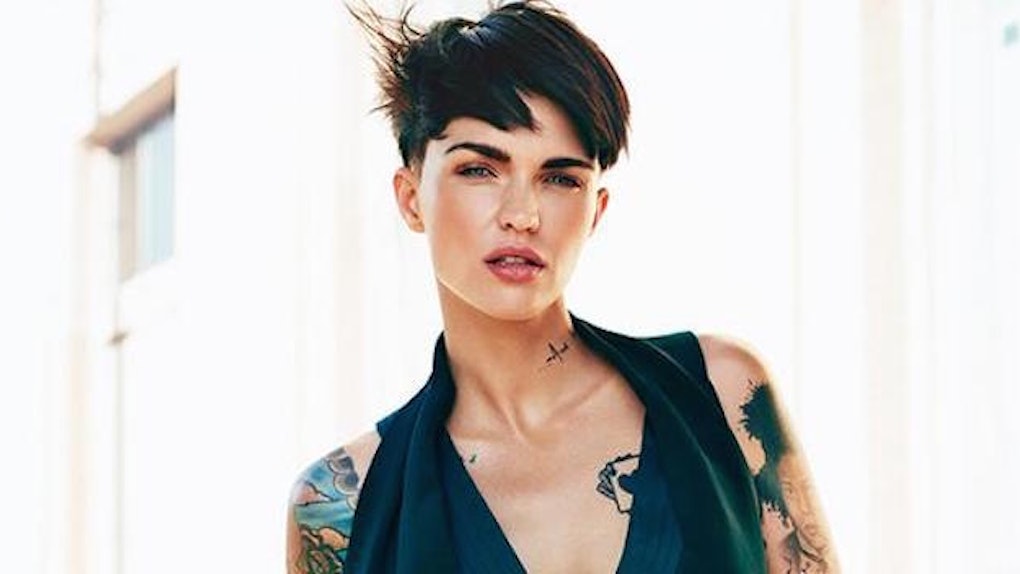 Sexual orientation is not a black-and-white matter; it’s a spectrum. And though it does have two extremities, in between lies a myriad of variations, subtleties and exceptions.

All we needed was Ruby Rose to get a few (millions) more women to wonder where exactly on this spectrum they really lie.

You may be straight as an arrow or as gay as it gets.

Perhaps, you’ve experimented once or twice with the same sex, fantasized about it, actually dated someone of the same sex for a while or are ready to make exceptions for people like, well, Ruby Rose.

The point is — not to get too mathematical — we all fit on this humpback-looking standard deviation curve, where a whole lot of us are pretty much straight, pretty much gay and the rest of us are floating around somewhere in between due to variable factors.

"I'm going gay for Ruby Rose," says every woman in the world.

It may or may not be Ruby Rose, but either way, it’s a person or a moment that makes you rethink what you normally don't.

The feeling comes from within, and with it raises many questions.

Women around the world are wondering whether being attracted to Ruby Rose makes them a lesbian.

We are temporarily perplexed by the state of in-between, but, people, it’s not an either or!

What, or rather, who, is your exception?

You have to dip your toe in the water to know if it’s warm, try this food to know if you’ll like it and check out different opportunities to know which is the right one.

And this is no different.

Some people inherently know their sexual identity, and others have to experiment so as to gauge their own reactions.

Sure, some of us are more curious than others, but then again, that fits right in with the concept of a spectrum.

How far will you go?

"Take a walk on the wild side." — Lou Reed (except this is about sexual orientation)

Unlike experimentation, you might fall so hard during an "excursion," you won't know when or whether you will leave again.

Basically, it’s a relationship with a person of the same sex when you really thought you were much closer to just being straight.

Would you make it a real relationship?

How fast or slow the progression was doesn’t matter; this is more about transitioning into this appreciation for a same-sex sexual identity majority status, where you kind of get that this is a thing that’s here to stay.

It comes with coming out because why hide? Especially when it has become so much easier to express your sexuality? Could it be a permanent thing?

And then, of course, you have your two extremes. But, because this is is a true spectrum, in between each and every single one of these points across the spectrum lies a million more points.

It’s not black and white, nor is it as simple as dark grey, medium and light grey.

We’re all different, and our minds and bodies are curious things juggling nature and nurture to figure out just where they stand.

This isn’t about encouraging sexual orientation exploration at all, but rather, making you realize that even if you stay just where you are, you’re not in a box, just on a spectrum.