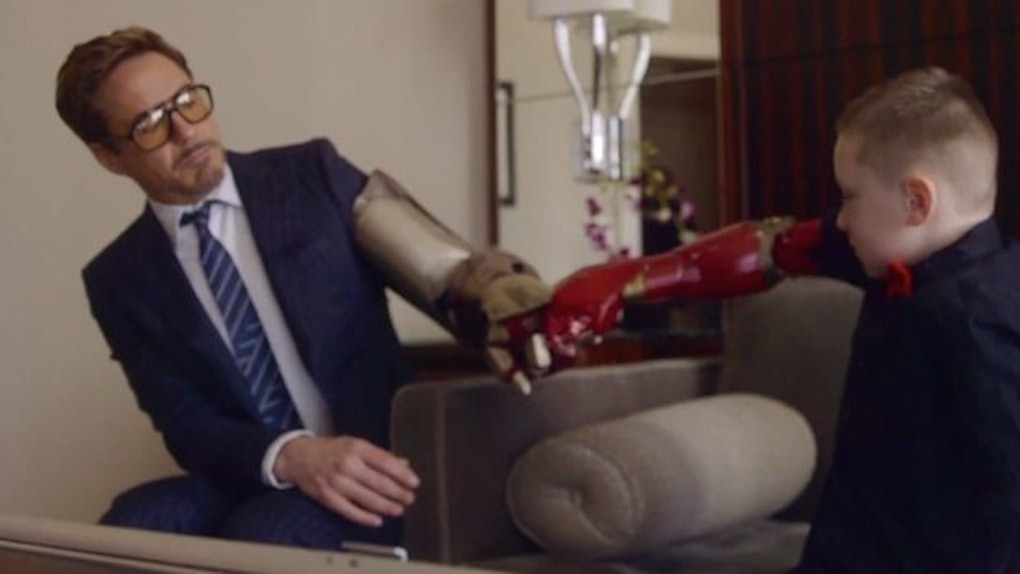 Robert Downey Jr. plays a superhero in movies, but the guy is also something of a hero in real life.

Case in point: A 7-year-old boy named Alex was born with a partially developed right arm.

So, Tony Stark himself decided to deliver Alex a new bionic arm that looks just like Iron Man's.

Both Downey Jr. and Alex tried on their robot arms when they met due to the efforts of The Collective Project and Albert.

Basically, this is a feel-good story in which a little kid gets to be a real-life Iron Man with the help of Iron Man.