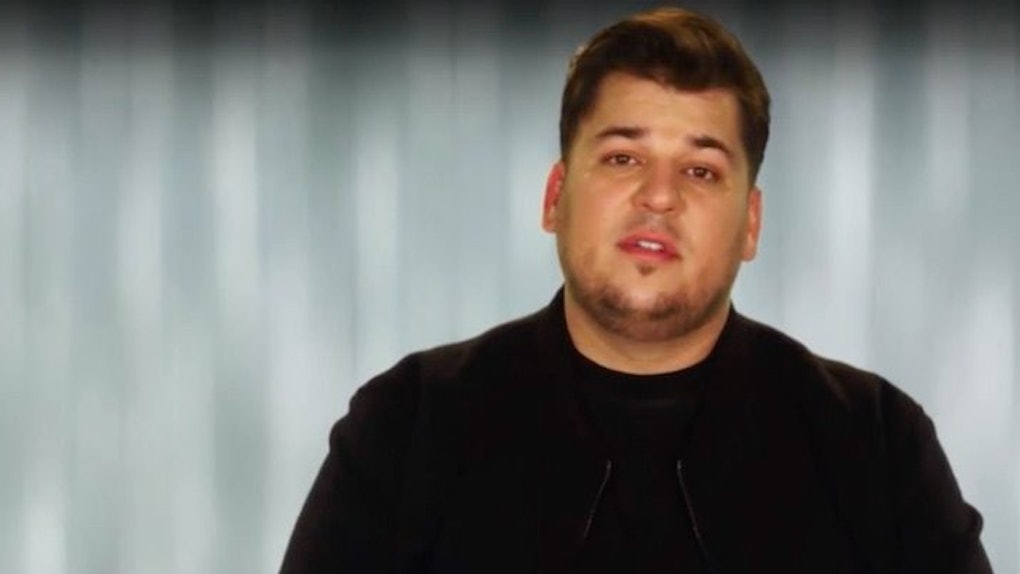 That's slightly awkward, considering there have been reports saying Chyna is definitely having a baby girl.

In the preview clip, Rob is hanging out at the barber shop with Scott Disick (you know, typical bro-bonding stuff), when Scott pops the question:

By the way, are you having a boy or a girl?

Rob replies he doesn't know yet, but he wants his child to be a boy so he can "carry on the name."

So Rob amends his reasoning, and says,

I'm definitely hoping for a boy because I want to have the same relationship that I had with my father with my son, so that's what I'm praying for.

Again, this is kind of awkward, since Us Weekly reported over a month ago Chyna would be giving birth to a baby girl.

Keep in mind: Reality TV doesn't air in real time, so it's likely this clip was filmed before the couple got the baby news.

Sorry Rob, looks like you're stuck with a dumb girl! Hopefully she never watches your show when she grows up!