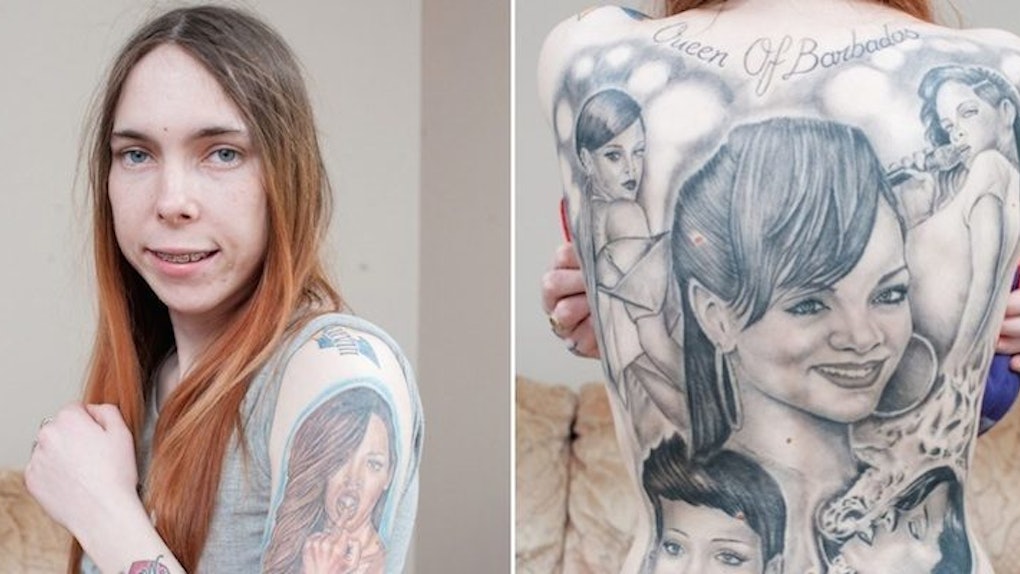 Some people are casual fans of musicians. They listen to their songs and attend their concerts.

And some people are superfans who turn their bodies into living shrines to their favorite artists.

Sarah Ridge, a 23-year-old woman from Wiltshire, England, is most definitely in the latter camp.

Ridge is an unabashed Rihanna fan, and she has the tattoos to prove it. Ridge plastered her body with RiRi tats.

She reportedly has seven tattoos of Rihanna's face and even has versions of the singer's own tattoos across her body.

I don't know if I love anything as much as Ridge loves Rihanna, but you have to admire her dedication.

Check out her tats below.

This is Sarah Ridge sporting a Rihanna sweatshirt.

Are you more of a Rihanna fan than this girl? pic.twitter.com/C8B5GZvSnk — Buzzy Hubbington (@Wow_Thats_Cool_) March 10, 2015

She has Rihanna's "R" logo on her forearm.

Rihanna has a similar tat on her chest.

Citations: This Woman Loves Rihanna So Much She Covered Herself In Tattoos Of Her Face (BuzzFeed)