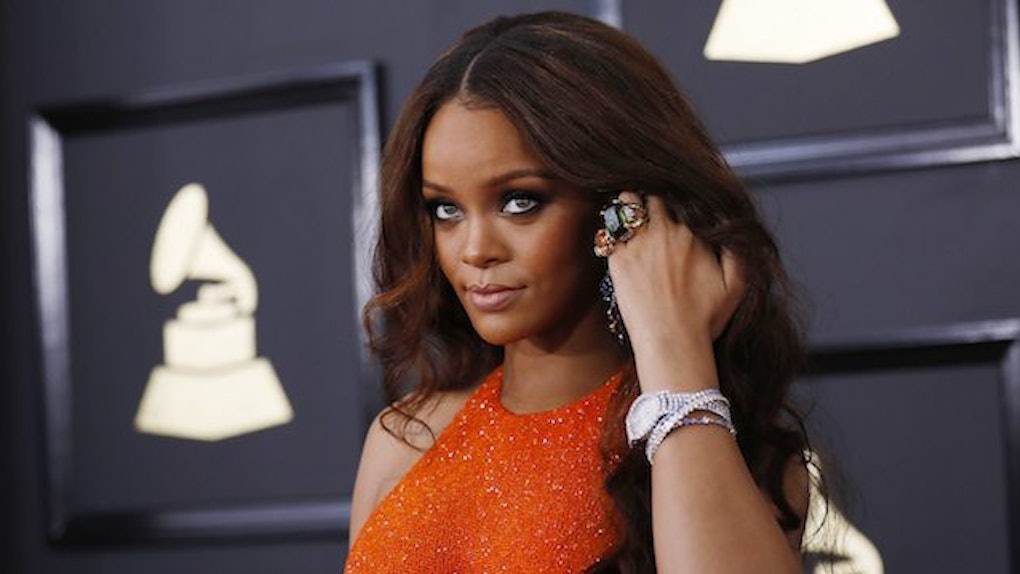 Rihanna Took Shots And FaceTimed At The Grammys

While most award shows seem like a smooth production when you're watching at home, the reality of the situation is, it's a lot less seamless when you're at the event in person.

There's a lot of commercial break downtime and, if you're one of the bigger names at the show, a lot of your night is just waiting for your projects to be acknowledged.

Rather than just twiddling her thumbs waiting for her moments, Rihanna decided to take matters into her own hands and get a little buzz going.

THIS is how you Grammy.

It was only on the screen for a second, but you can clearly catch Rihanna getting a quick swig in while she thought nobody was looking.

"I will murder everyone you love in this life if you EVER pull that shit again, camera person."

Another shot of Rihanna having a better time at the Grammys than literally everyone else.

I bet you $20 at one point she whispered to Ed Sheeran,

You rat on me I'll gut you. You get that or do you need me to explain further, Frodo?

The bedazzled flask alone deserves recognition from the Grammy committee.

As the night went on, eventually Rihanna stopped caring all together and started flask dancing -- the best kind of dancing -- during A Tribe Called Quest's performance.

At one point Rihanna was FaceTiming with someone, because she's the most relatable person in Hollywood nowadays.

Pay attention, all you future award show attendees. The best place to watch the Grammys is sitting next to Rihanna. The second best place? Behind the podium accepting a Grammy.

YEAH! I SAID IT! Getting boozy at the Grammys with Rihanna is ten times better than getting an actual Grammy.

Rihanna and her flask should collaborate on an album.

Citations: Rihanna and Her Grammys Flask Are the New Leonardo DiCaprio and His Vape Pen (E!)