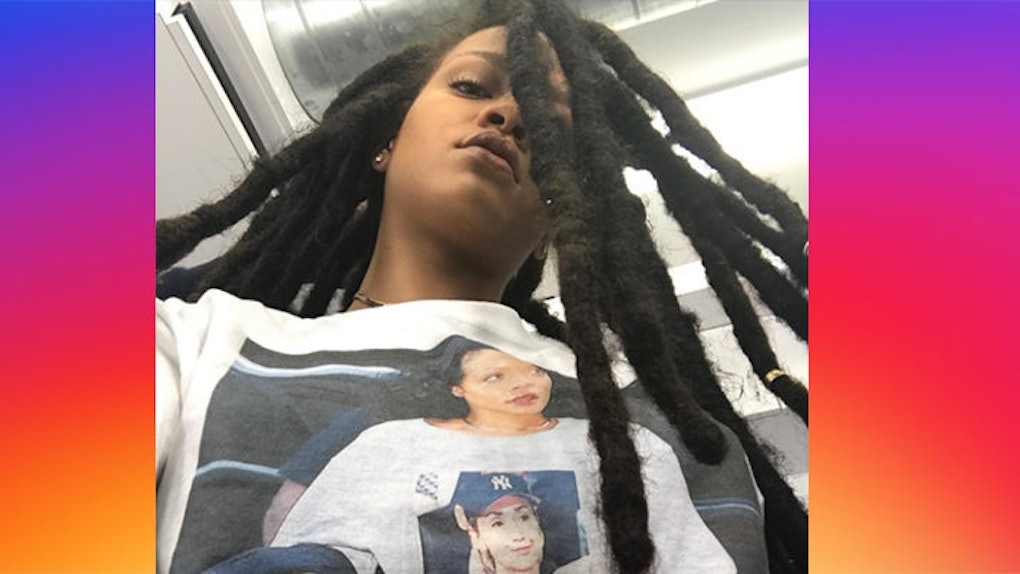 Get out your "Inception" horns and have your totem ready because your mind is about to be blown.

With mere hours left in this election season, there's one question still left on our minds as the polls begin to close all across our nation:

Who the hell did Rihanna vote for to be the next president of the United States of America?

Well, you can cease your endless worry, people.

RiRi posted a photo on Instagram that is basically an optical illusion on the same scale as an M.C. Escher painting.

Yeah, you looked at this correctly. I repeat: Your eyes are not playing tricks on you.

In fact, there are nearly as many t-shirts within t-shirts in this photo as there were in the epic back-and-forth between Ryan Gosling and Macaulay Culkin back in the day.

Just like Rihanna, I'm with Hillary... and Rihanna. So, if you two are planning a brunch together sometime soon, I'm totally in.

Seriously, if you haven't exercised your right to vote yet, hop in your car and book it to your nearest polling station.

I mean, I won't call you a "bih," but I would call you somewhat irresponsible if you decided not to vote in this election.

Whoever wins this Election Day, I think we can all appreciate the outpouring of celebrities urging us plebs to get out and rock our vote.

Although, is it too late to write in Rihanna?