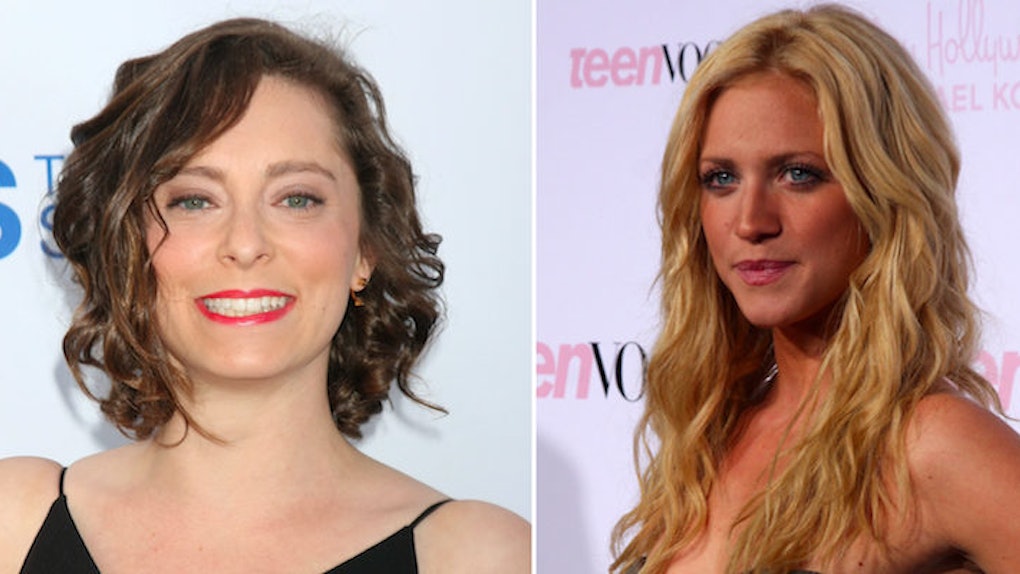 The past year has seen one of the most contentious political debates of all time. I'm talking about the battle between Team Josh and Team Greg.

If you chose one of these sides, I will defriend you like that. And no, I will not say which squad I'm on (cough, Team Greg for life, cough).

Whatever your preference, we can all rejoice over the fact that Brittany Snow is making a major visit to West Covina, California by joining the cast of the stellar "Crazy Ex-Girlfriend."

Will Brittany turn the Josh-Greg-Rebecca love triangle into a sexy rectangle? Will we see the return of my favorite character, Grocery Clerk with half an eyelid?

We'll have to be as patient as Rebecca waiting for Josh to become single again to find out.

In the meantime, we can watch the hilarious Instagram post that the show's star Rachel Bloom shared, which featured Rachel turning iconic songs into a Brittany Snow-themed medley.

Rachel turned "Let It Go" into "Brittany Snow," and changed the lyrics of "Let It Snow" to,

Rachel even included Brittany's name into the theme song from "Jurassic Park." Life finds a way! Check out the video above to see just how she did it.

Of course, Brittany responded the way all of us would if Rachel had turned our name into a musical masterpiece.

Yes, if you're ever feeling down and out, Brittany, just give this video one to 147 plays in a row.

According to TV Line, over the course of three episodes Brittany will playing Anna, "a hip and cool L.A. chick and beauty entrepreneur who sweeps into town and shakes everything up for Rebecca."

Once again, my fingers are crossed for a love rectangle. Heck, I'd even settle for a love rhombus. Ooh, rhombus sounds so dirty, doesn't it?