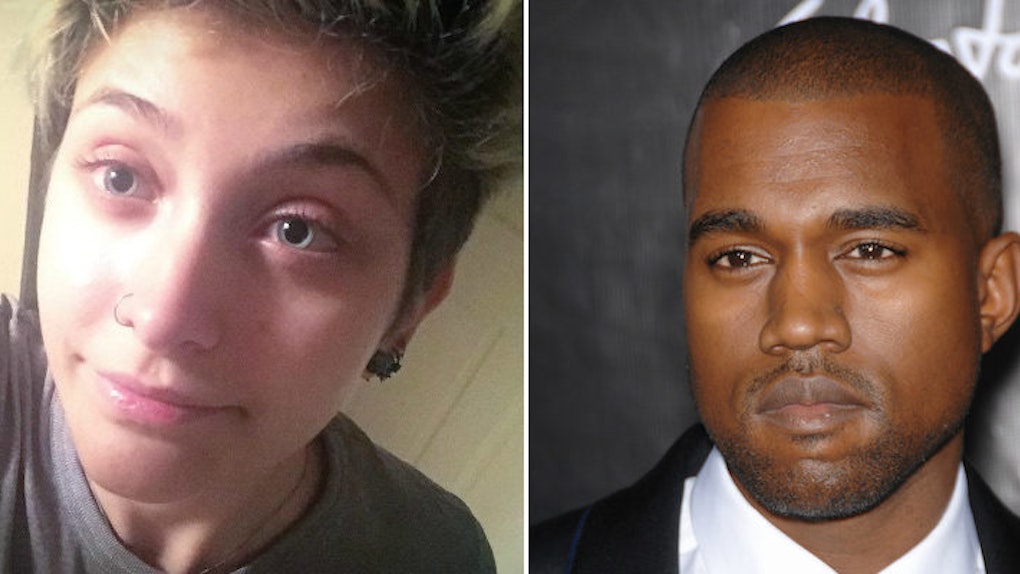 Kanye West and Michael Jackson have more accomplishments in common than simply the fact that they both gave their kids names they'll never find on boardwalk keychains or special-edition Coke cans.

The 18-year-old told followers that her late father introduced her to Kanye's music because MJ was a Yeezus fan.

Like only the child of a music legend could, she wrote,

He never saw music as a competition… never had a motive to talk shit about other artists. it was always about the love and respect and appreciation for music. so if someone breaks a new record, be happy for them… music is music and if it's good it deserves recognition.

Ye might have beaten Michael, but he's still far from edging in on Lil Wayne's astounding 80 Top 40 Hits.

Perhaps Weezy's victory shouldn't come as a surprise, since there are likely ancient druidic chants featuring a few bars from the Louisiana rapper's biggest hits.