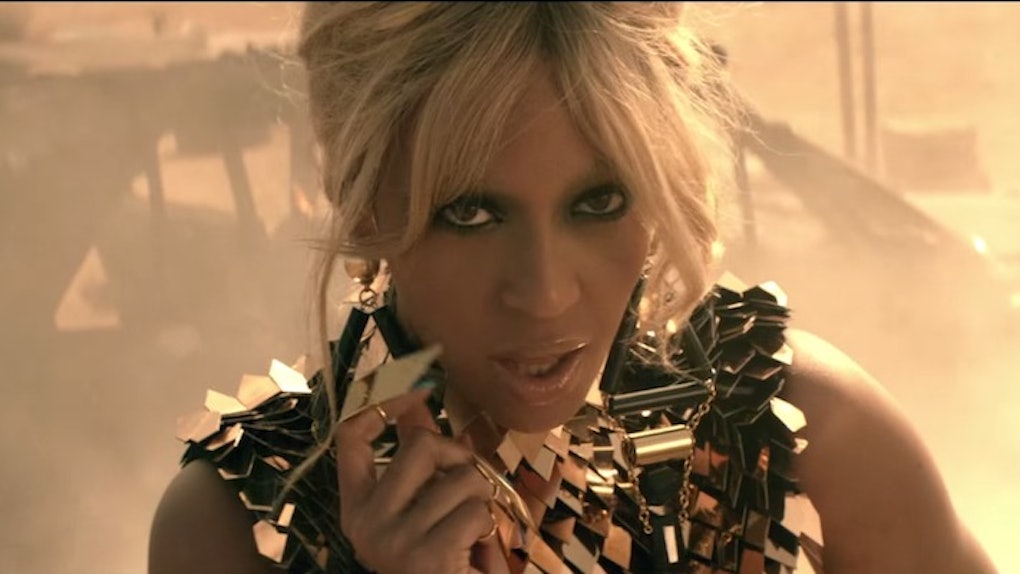 Meet The Olympic Athlete Who Was Once Smacked By Beyoncé

As far as I'm concerned, the height of this Olympic athlete's career is when Beyoncé slapped him in the face.

Kerron Clement is a big deal when it comes to the art of running really really fast in front of crowds.

The Beijing Olympic medalist (silver in the 400-meter hurdles and gold in 4×400 relay) was sidelined for the London Games because of injury, but he's back and a favorite to take home some hardware at Rio.

Here is a video of him doing some fast running stuff.

All of that, in my humble opinion, does not come close to his biggest accomplishment: getting slapped in the face by Beyoncé during a music video.

The story goes, Clement's friend was a dancer who took him to the set of the “Run The World (Girls)” music video. At some point, a production assistant had every man in the building line up against a wall and wait for Beyoncé to enter the room.

When Queen Bey arrived, she went through the line of men picking out ones she wanted to be in the music video, eventually picking Clement. (I assume this is exactly how Beyoncé starts every morning, lining up random dudes and passing judgement on which ones she approves of.)

I'm like, 'What's going on?' She said the guys she pointed at would be in the video. I was a little shocked, because I'm not really a Beyoncé fan. I'm more of a Mariah Carey fan. But I was honored to be in the video. It was a lot [of] fun.

You can see his moment of glory at the 1:40ish mark of the video.

He's the lucky person in the sand goggles.

Eff, I'd give my left hand to be assaulted by Beyoncé.

Citations: Does this U.S. Olympian look familiar? Maybe because he was once in a Beyonce video. (The Washington Post)