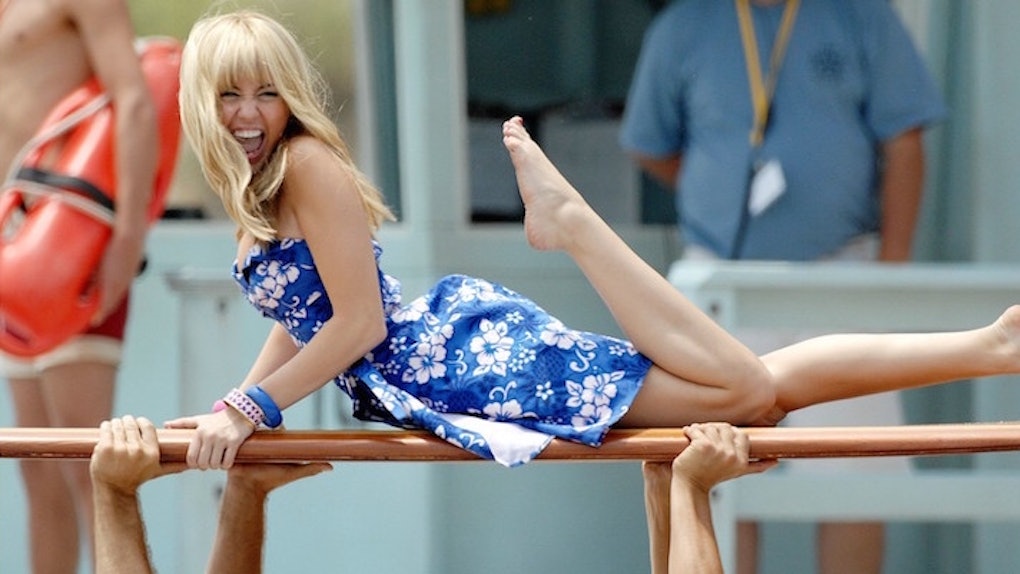 Apparently, Disney was straight-up money boning the future Mrs. Hemsworth all throughout her tenure on “Hannah Montana.”

If you have your name on a show, it's assumed you're making bank everytime an episode hits the air. Kevin James is probably a billionaire, Ray Romano most likely owns an armada of yachts and Seinfeld, we can all safely assume, has a pool full of gold that he dives into every night “Duck Tales”- style before going to bed.

However, that isn't the case for Miley Cyrus, who I sort of assumed was raking cash hand-over-fist while her OWN show was airing on Disney.

During an interview with Elle, the “Wrecking Ball” singer revealed she was sort of stiffed while the show was in production, saying

I did not grow up spoiled in any way. I just wanted to be on TV. I mean, at one point — they'll probably kill me for saying it — I was probably the least paid person on my cast because I didn't know any better. I was just like, 'I can be on Disney! Yeah, I want to do it!'

She went on to admit,

My name was Miley on my show, but I didn't own my name — we didn't think about that. Like, 'Yeah, you can use my name on your show, sure!' My mom started understanding how many people take advantage of a child, so she hired smart people to protect me in that way. I'm happy that when I was younger, people protected me and put me in a position where I can now control my music.

It didn't stop there. Even when the show ended, growing up in the spotlight wasn't exactly easy for Miley,

Paparazzi always made me really uncomfortable. You're growing up and you look weird sometimes. My zits were all crazy; I've gone through some hair trauma. That's how I started sticking out my tongue in pictures. Because I hate everyone being so serious.

WTF, DISNEY?!?! But at least we now have an explanation for that whole tongue thing!