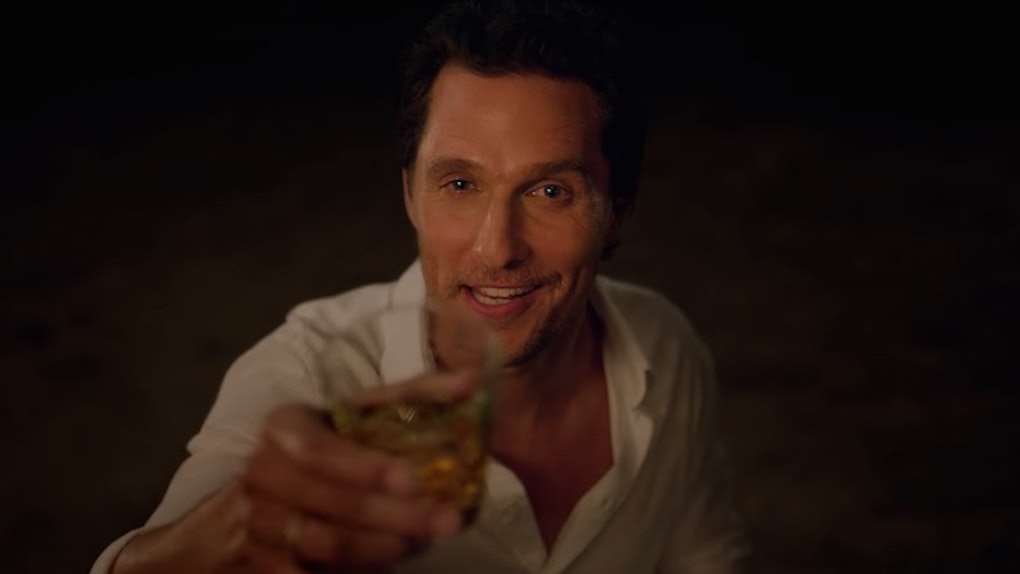 Alright, alright, *bourbon burp* alright. That's what Matthew McConaughey loves about 18-year-old bourbon. He gets older, and it stays the same age.

A few months ago it was announced that Matthew McConaughey would be taking over as a creative director for Wild Turkey's next big ad campaign.

It's a weird move but after seeing the first several commercials featuring McConaughey at the helm, I get it.

I really get it.

I mean, how fitting is this?

I've never felt more OK with anything in my life.

Here is a 15-second snippet of what it looks like to have Matty MC at the helm of your marketing campaign, you busy SOB.

I'm convinced that Matthew could do anything he ever (kind of) sets his mind to and absolutely crush it in the process.

In the latest commercial he is hosting a barn jazz party while playing a piano outside and looking 10,000 percent confident in the process.

I wish I did anything as comfortable as McConaughey hosting a barn jazz party while playing piano outside seems to be.