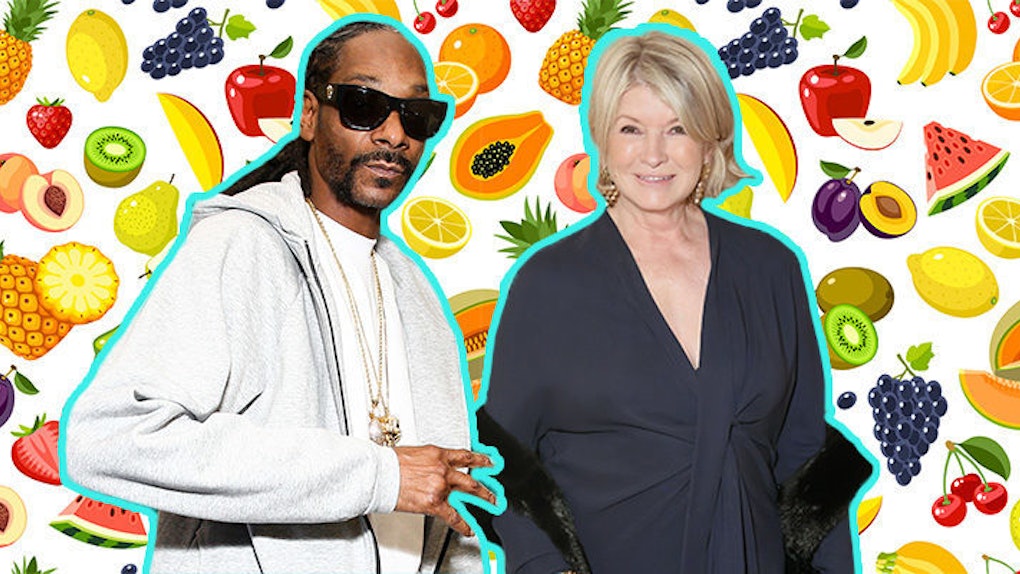 Whether you're a dinner party person or not, you're probably going to love the fact kitchen queen Martha Stewart and her old pal Snoop Dogg are teaming up in a new VH1 show called "Martha And Snoop's Dinner Party."

Does that sound too good to be true? We are not making this up.

The reality show is set to premiere this fall, and it will feature lots of good food and celebrity guests, of course.

Apparently, the show will be a different take on cooking competition shows, but also, like, a party scene? Whatever, it sounds awesome. I really just want to watch Snoop and Martha nerd out over food.

He appeared on "The Martha Stewart Show" in the 2009 Christmas episode to make "green" brownies. They also appeared on the Comedy Central Roast of Justin Bieber last year.

They're basically a platonic power couple, and I want to be a part of this beautiful friendship.

My homegirl Martha and I have a special bond that goes back. We're gonna be cooking, drinking and having a good time with our exclusive friends. Can't wait for you to see how we roll together!

In this clip below, Stewart says,

I can't wait to get Snoop in the kitchen.

She also claims it will be "rizzle dizzle fo-shizzle." I'm not sure what that means, but we'll take her word for it.

I'm guessing this show is going to become a new favorite. Food? Parties? Snoop Dogg? Martha Stewart? What is not to love? There's something here for literally everyone.

You can see the full promo from "Good Morning America" below: