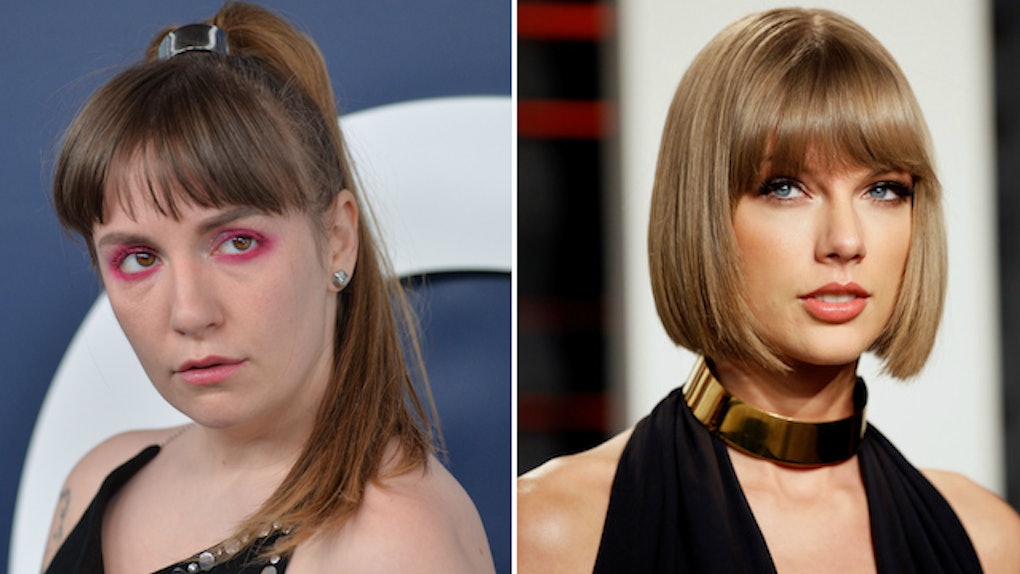 How easy do you think Taylor Swift has it when it comes to her love life?

When you factor in her worldwide fame, her countless achievements and her impressive net worth, you'd probably think finding true love would be easy. Well, the truth is it's the complete opposite of easy.

Sure, Swift can hire a dating coach and find herself a skilled matchmaker tomorrow, but that's not how real love works. Even the rich and famous need to make sure they're in search of organic love.

That's probably why Lena Dunham is speaking out about her good friend's love life. Swift's lifestyle isn't all sweet bliss like you might think it is.

Take one look at Taylor Swift's dating history, and it's not hard to see!

Lena Dunham recently appeared on an episode of "The Howard Stern Show" where she offered some insight into her good friend's love life.

I think that young woman… it's so hard. I think about the relationships that I had in my early twenties and if they had been public, it would've been a disaster.

Dunham went on to compare Swift's love life to those of male actors, saying,

And also, I mean, not to repeat age-old feminist points, but it's like you know, any male actor her age who's going out and dating is applauded and to just have a perfectly normal amount of romantic partners but be held to impossibly high standards by the press, like it's just an unfair and unwinnable game.

She's obviously referring to T. Swift's highly publicized failed relationships with dudes like Calvin Harris and Tom Hiddleston (who else?). And though I personally disagree with Dunham on most things, she's right.

It's gotta be tough being one of the most famous musicians in the world to find true love when story-hungry paparazzi are constantly chasing you and interrogating you about your own life...

Not to mention there are always people out there attempting to use your hard-earned notoriety for their personal benefit. I never thought I'd say this, but I kinda kind of feel sorry for Taylor.