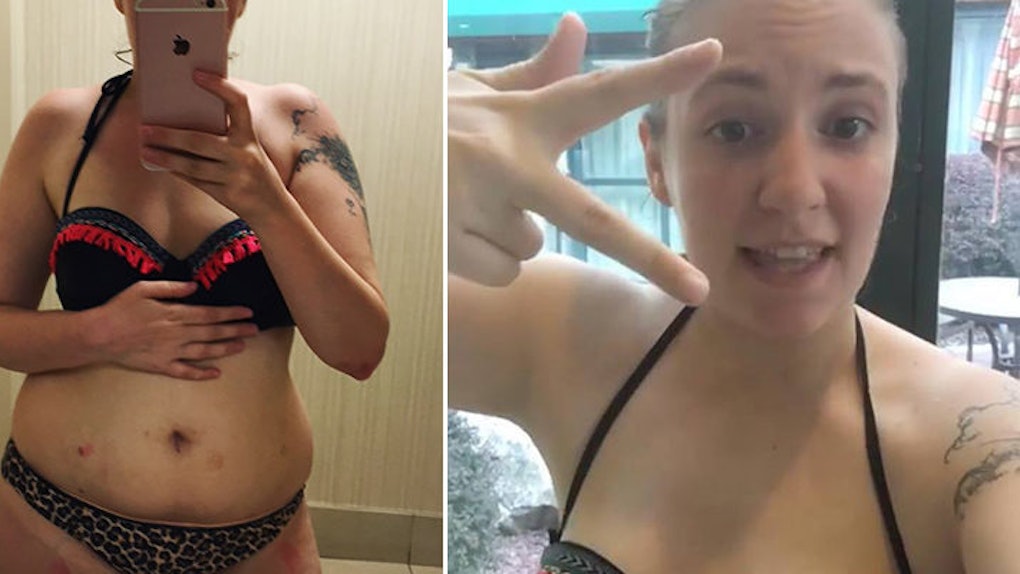 Summer isn't quite over yet for Lena Dunham.

The 30-year-old actress had a poppin' pool party with her "Girls" co-stars on Wednesday and it looked bomb.

Lena added several pictures and videos of her hanging out poolside in a bikini with Allison Williams and the rest of the cast.

In one picture, Lena took a bikini selfie proudly showing her endometriosis scars.

When the Target swimsuit does a bitch right, Endo scars & all.

Lena Dunham has opened up many times about her chronic illness and the effects it's had on her body.

According to the Mayo Clinic, endometriosis is a disorder in which the tissue that normally lines the uterus grows outside of it instead. The most common symptoms include pain and menstrual irregularities.

Lena explained how endometriosis has affected her life in an essay for Lenny Letter:

The star had surgery in November and has felt better since.

Thanks for always keeping it real with us, Lena.

Oh, and as a sidenote: Target has the greatest swimsuits ever. They seriously are the best.