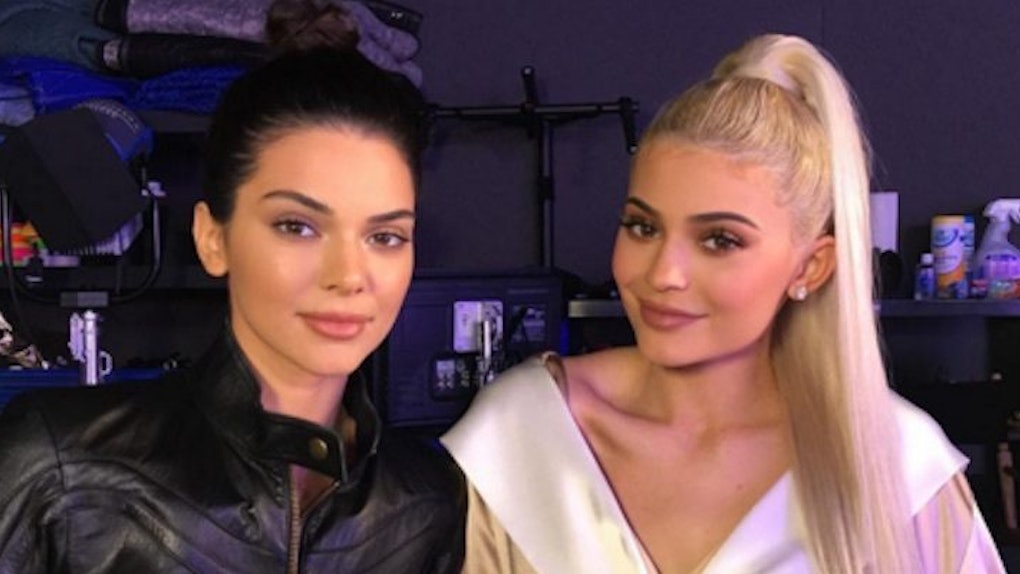 OK, great! Glad we cleared that up! Article over!

What's that? You want me to do my job and explain the context? FINE.

The two sisters were spending the day together on Monday doing interviews for E! and going live on Kylie's Facebook page to celebrate the launch of their new book, "Time of the Twins," which came out November 15.

I guess Kendall let Kylie do her makeup for the Facebook live because according to Kylie there was soooo much confusion as to whether Kendall had gotten lip injections or not.

Kylie said in a Snapchat video after the interview,

You guys, Kendall let me over line her lip today with lipliner and everyone thinks she got lip injections. I'm sorry Kendall.

(Personally, I'm not convinced many people thought Kendall got injections. Seems kind of like Kylie is just fishing for compliments on her mad lip makeup skillz, but whatever.)

Kendall didn't seem to mind too much since she was laughing as Kylie imposed the puppy filter on her face.

Of course, Kylie is apologizing for/bragging about her makeup abilities when she COULD be apologizing copying an artist's work for a Kylie Cosmetics marketing campaign... but again, whatever.

Look, Kylie doesn't have time to correct every wrong in her life, right now, OK?

She's got all these tiny puppies to take care of ever since her dog Bambi unexpectedly gave birth on Sunday.

In fact, she's so busy she didn't even have to go to the American Music Awards to cheer on her friend Gigi Hadid while she was hosting.

Well, you can't blame Kylie for not wanting to leave these guys.

Citations: Kylie Jenner Apologizes to Kendall for Making Everyone Think She Got Lip Injections (People)