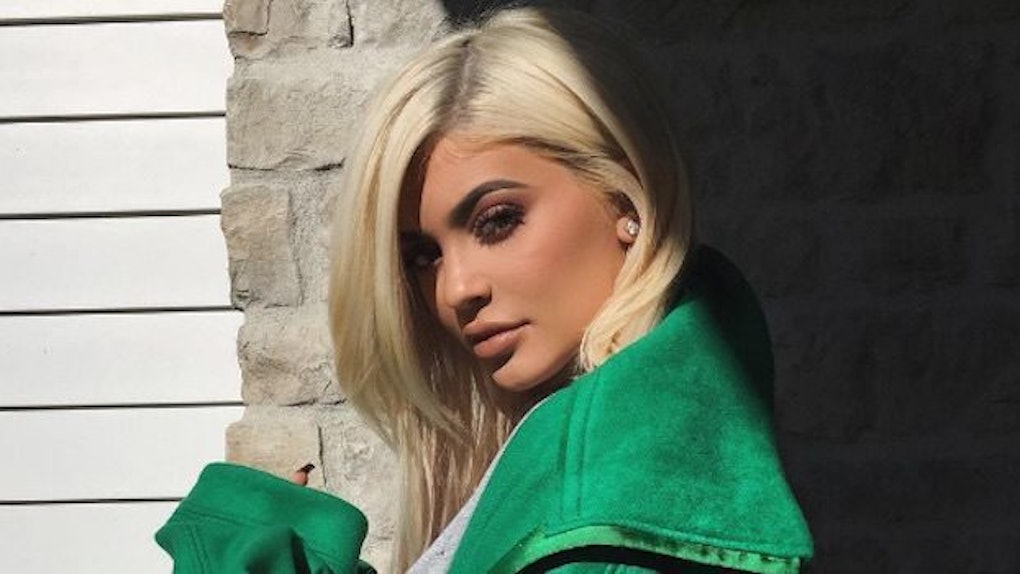 Kylie Jenner Keeps A List Of Names For Her Future Kids

If Kylie Jenner were to let you play around on her phone, you'd eventually come across a massive list of the names she's already picked out for her future kids.

The 19-year-old lip kit mogul and reality star took to her official app and website to reveal that she has actually taken the time out to build a list of potential names for her kids when she becomes a mother.

I keep a list in my phone of names I like for my future kids. But they're my secrets for now!

Damn it, Kylie. You couldn't let us in on ONE name?!

I can't help but wonder if any of these names will be as unique as North, Saint or even Tyga's son King Cairo.

Not to mention Kourtney Kardashian's children Penelope Scotland Disick, Mason Dash Disick and Reign Ashton Disick. If one thing's for sure, it's that the Kardashian family can't help but pick out standout names for their kids.

Sure, she's only 19, but it should be no surprise that Kylie Jenner is already thinking about becoming a mother. In an interview with Paper magazine earlier this month, she said,

It makes complete sense as to why Kylie Jenner might be the only 19-year-old looking to start popping out babies within the next few years.

We're talking about Kylie Jenner here. She bought a $2.7 million house just before her 18th birthday. She gets a new car like every other month and even has her own successful cosmetics brand.

If she wanted to have a kid at any point, I'm sure she'd be stable enough to provide a wonderful life for her family. At this point, she's probably just waiting on Tyga to make his move...

And she's probably also waiting to not be 19 anymore!

Could you imagine having a kid a year before your legally allowed to drink alcohol? That doesn't make any sense!

Citations: Kylie Jenner, 19, has already picked out names for her future kids (but can she beat North, Saint, Reign and King?) (DailyMail)