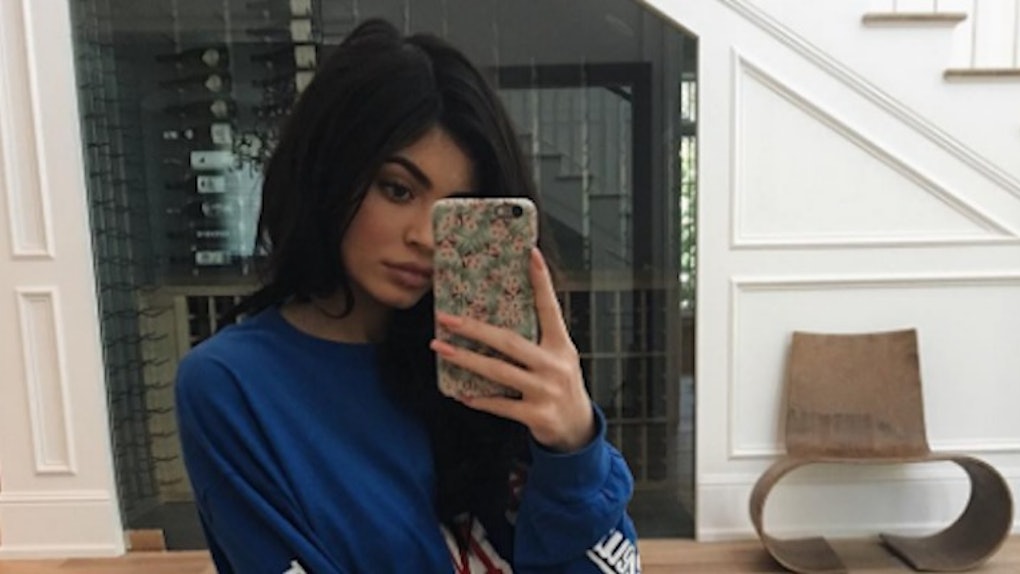 One of the least sexy things in the world is food poisoning, and Kylie Jenner knows the struggle is real.

Last night, after a pretty busy day (judging by her snaps), Kylie told fans she went to the doctor again because she had food poisoning. She said,

I had food poisoning over the weekend, and it has not been fun.

Yes, even Kardashians get food poisoning sometimes, even though it sounds like they all watch what they put into their mouths. Regardless, it sucks for them, too!

Snapping from her bed, under the covers and pretty much in the dark, she continued,

Ugh, I don't look sexy right now at all.

She promised fans she'll show off her new Lip Kit colors on Wednesday, though. Hopefully by then she feels better!

At least she didn't get food poisoning while recently celebrating her 19th birthday with friends at a giant mansion in Turks and Caicos. Still, this doesn't come at a great time for King Kylie, since she's obviously pretty busy with new products for her clothing line.

Kylie, we've all been there. Food poisoning can really take it out of you.

Despite her situation, she has a positive attitude, and it's good she's going to the doctor. Seems like Kylie is way more responsible than I am.

I've only gotten food poisoning a couple times, but whenever it happened I stayed in bed hoping it was just a bad dream.

She also managed to play around with some filters earlier in the day, so it looks like she's going to be just fine.