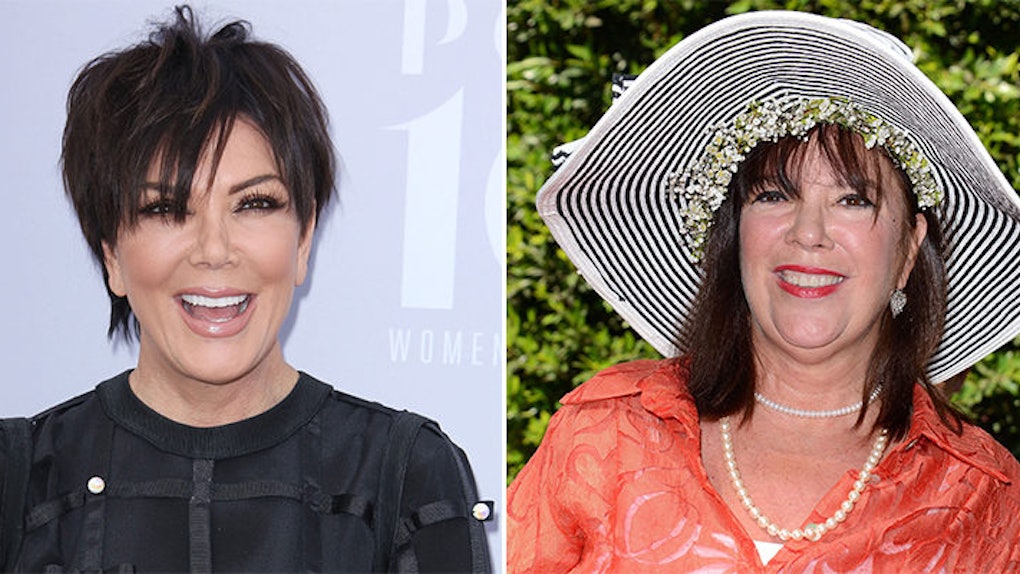 One doctor played God on Kris Jenner's sister's face, and it looks amazing.

The Kardashians and plastic surgery are pretty much synonymous with each other at this point.

They've all had work done, and that's fine -- it's the business they live in. You can't fault people with the means to recapture youth for recapturing their youth.

This approach isn't exclusive to core members of the Kardashian family, by the way. Other members of social media's most famous family are just as eager to jump under the knife and have doctors undo Father Time's work.

At 55, Houghton decided she wanted to have some work done, telling Inside Edition,

Certain angles of my face were just not what I wanted. No one wants a double chin… I want to be a little more beautiful.

So she enlisted the help of Dr. Ben Talei, from the world famous Beverly Hills Center, to perform an Auralyft procedure -- the fancy medical way to say "face lift."

During the five-hour procedure, Dr. Talei lifted Houghton's face, neck and brow line. He also removed fat from under her eyes and put it in her cheeks.

She was reportedly only given local anesthesia during the procedure, which meant she had to stay awake the entire time they were dicing her face up.

After the surgery was done, they put pressure bandages and drains around the affected areas in order to keep swelling down.

The end results are amazing.

IN YOUR FACE, GRAVITY!

The procedure has actually sort of turned her into a clone of her sister.

Honestly, Kris Jenner is a beautiful timeless being who will forever remain the way she looked in the '90s. The fact we're at a point medically where we can make people look like her is incredible.

Citations: Kris Jenners Sister Looks Just Like Her After 5Hour Facelift See The Results (Inside Edtiion)