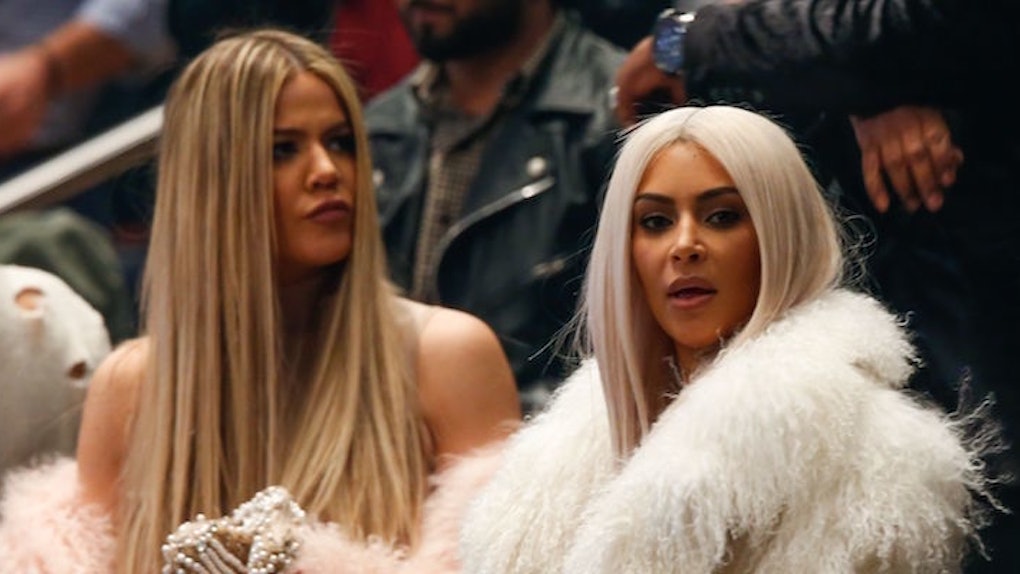 Kim Kardashian's blowing up the internet again -- and she's not even on social media at the moment.

New pictures have been released of the mother-of-two and her sister, Khloé Kardashian, as the pair posed for a steamy photoshoot for the new Yeezy collection.

They stripped off in Calabasas, California, rolled around in the sand and took a shower together. Naturally.

The photos were for the winter edition of fashion magazine 032c.

The sisters were joined by Travis Scott, Amina Blue, Young Lord, Hafiia Mira and Grace Bol to show off the new Yeezy number 3.

Kim is said to have left Kanye West at the hospital as she joined the family for Thanksgiving.

Earlier in the week, she had skipped an event in New York City to fly out to LA to be by her husband's side after he had a "psychotic breakdown."

Friends said the rapper was feeling the effects of sleep and water deprivation and would sometimes stay up for 48 hours at a time -- which is completely believable when you're trying to drop multiple fire tracks, run a fashion brand and be a father.

Oh, and being married to Kim has to bring a... few extra factors into the equation.

It has been reported Kanye's condition is worse than initially thought.

Sources told TMZ the issues run so deep, his insurance policy could kick in and pay for losses made on the 21 concerts he's canceled on his tour.

Kim has maintained a social media blackout since she was held at gunpoint at her hotel in Paris.

Her last Instagram post was her modeling a look during fashion week just hours before masked men burst into her home, tied her up and locked her in the bathroom while they ransacked the room of jewelry worth millions of dollars.