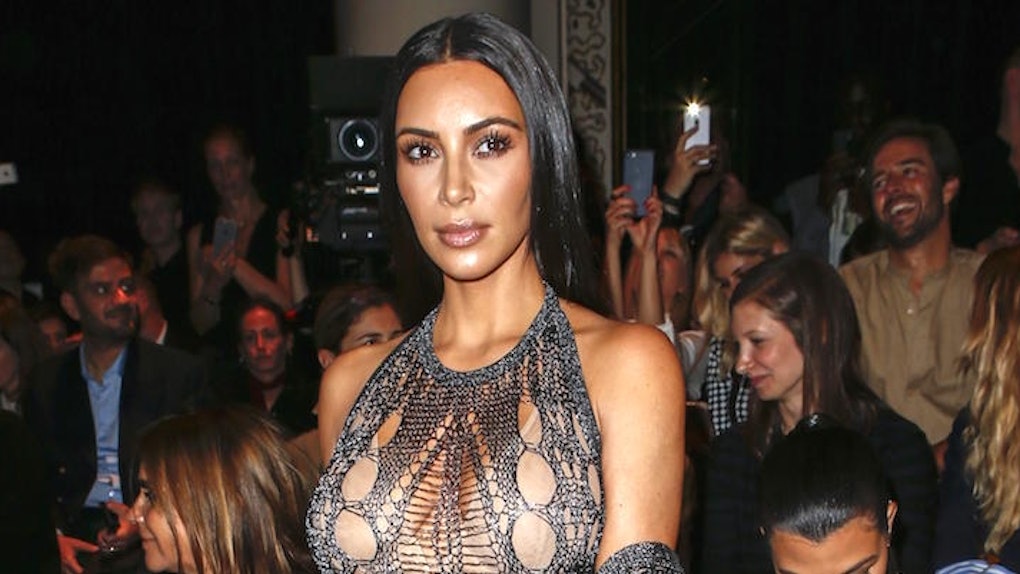 It's no secret Kim Kardashian has been keeping her daily life on the DL since she was robbed at gunpoint in Paris.

If you've been missing your daily dose of Kim Kardashian selfies and signature booty shots on social media, I have some good news for you.

It looks like Kim Kardashian has finally made her return to social media.

Then again, it shouldn't really come as too much of a surprise that Kim's new Instagram is turning heads because it's filled with all of the Kardashian signature assets: lots of T&A.

That's right. The new account showcases a combination of photos and videos that all feature lots of cleavage and twerking booties.

Apparently, Kim made this racy return to Instagram as a way to promote her new Kimoji merchandise that's set to launch on Friday, December 16.

The first three posts show a side view of a booty twerking in front of a snow-covered Christmas tree while wearing a pair of “Savage” underwear.

Last but not least, Kim posted another trio of clips that look similar to the first three.

However, these videos capture a back view of the woman's bouncing booty.

All of the posts have the same caption, “DECEMBER 16.”

The Instagrams are clearly set up to tease fans about the upcoming merchandise release.

Although Kim hasn't made a full return to to social media as of just yet, this is certainly a start for the selfie queen.

Not to mention, it's a great way to say "Merry ChristmASS" to all of her fans.