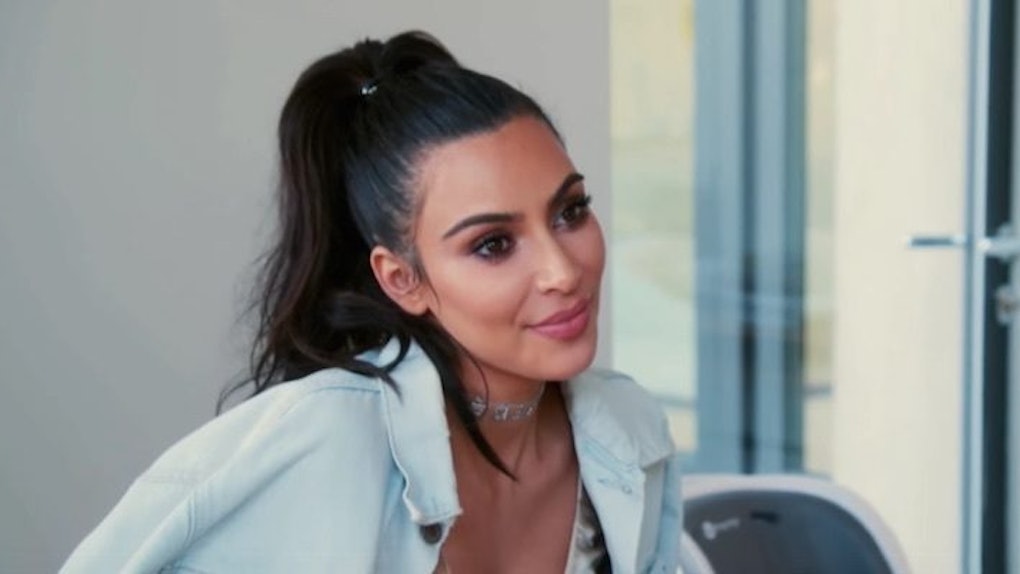 Kim Kardashian West is as unashamed of her work to advocate for gun safety as she is of her reputation for nude selfies, in true Nasty Woman fashion.

In a preview clip from Sunday's upcoming episode of “Keeping Up With The Kardashians,” Kimmy invites sisters Khloé Kardashian and Kendall Jenner to join her in volunteering with Everytown, a movement targeted toward “common-sense reforms to reduce gun violence.”

The episode, filmed prior to Kim's attack at gunpoint in Paris last month, suggests the reality star's passion for preventing gun violence predates her own experience facing such horrors.

I work with this organization Everytown and I set up a lunch with some gun violence victims, some family members that have been affected that I think would really love to meet you guys, 'cause they really do appreciate people like us speaking out.

In her straight-to-camera interview, Kim admits her concern over systemic loopholes that make automatic weapons a genuine threat to innocent civilians.

Though Khloé is instantly persuaded to join Kim in volunteering, Kendall harbors some concerns, mainly regarding public perception.

The model tells her sisters,

I want to do this and I want to be a part of it, but it just makes me nervous, like, what people are going to think of it. You don't know who's going to, like, actually be for it and who's not.

Initially, Kendall doesn't appear to fully grasp the sentiment that, as a public figure, silence is a deafening statement of its own (a lesson fans hoped to teach Taylor Swift this election season).

**It should be noted that Kendall has since involved herself in the Black Eyed Peas' gun violence awareness campaign, perhaps due to inspiration from Kim.**

Kim, whose career was born of overblown controversy back in 2007, tells Kendall she can't be deterred from speaking out in defense of victims by hate alone.

She reminds her sister,

Honestly, if you're not on board with #Kanye2020 for Kanye, be on board for First Lady Kim.