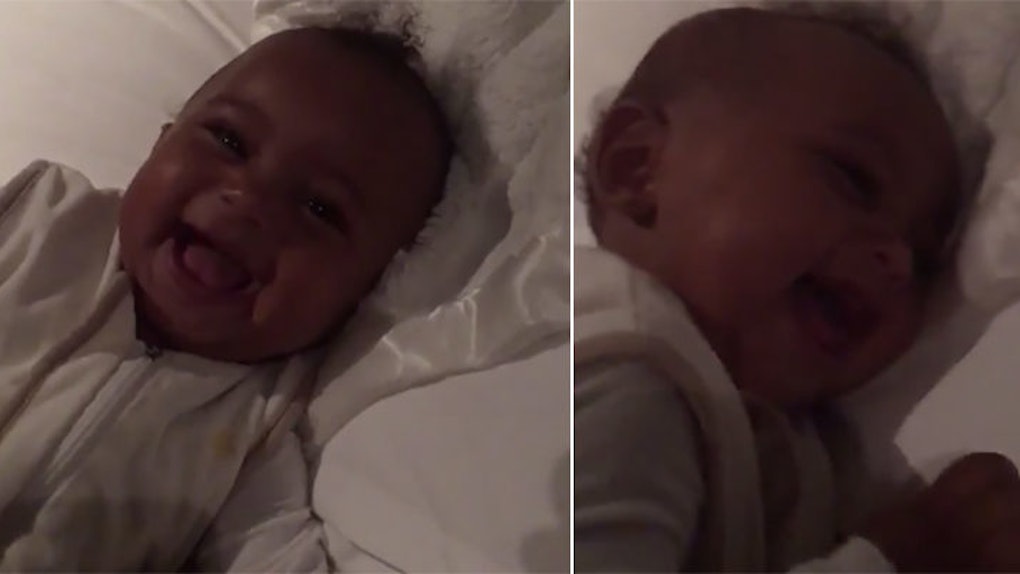 Kim Kardashian's latest Twitter post gave fans one of the most candid looks yet at her son, Saint West.

The reality TV star sent out a video on Saturday featuring something that's practically impossible not to like: her baby smiling over and over again.

Here's the 15-second clip she posted on Saturday.

The reaction from her followers seemed unanimous: The video of Saint West was just too cute.

Kardashian's post was retweeted about 50,000 times and got over 115,000 likes. Clearly, the mother-son quality time was a hit.

And if she's been wanting to have more of that quality time lately, I have a pretty good hint as to why.

Besides the obvious fact she loves her son, as you'd expect all mothers to, you might remember how Kim reacted a few weeks back when Saint West said his first word.

The word wasn't "mama," and she wasn't thrilled, saying at the time,

He said 'dada' today, three times and I was like 'what'? Kanye was so excited. He was like 'I told him to say that.' I was like, 'I just really wanted him to say momma first.'

If she really wants to be Saint West's favorite over Kanye, making her son laugh non-stop doesn't seem like a bad way to go.