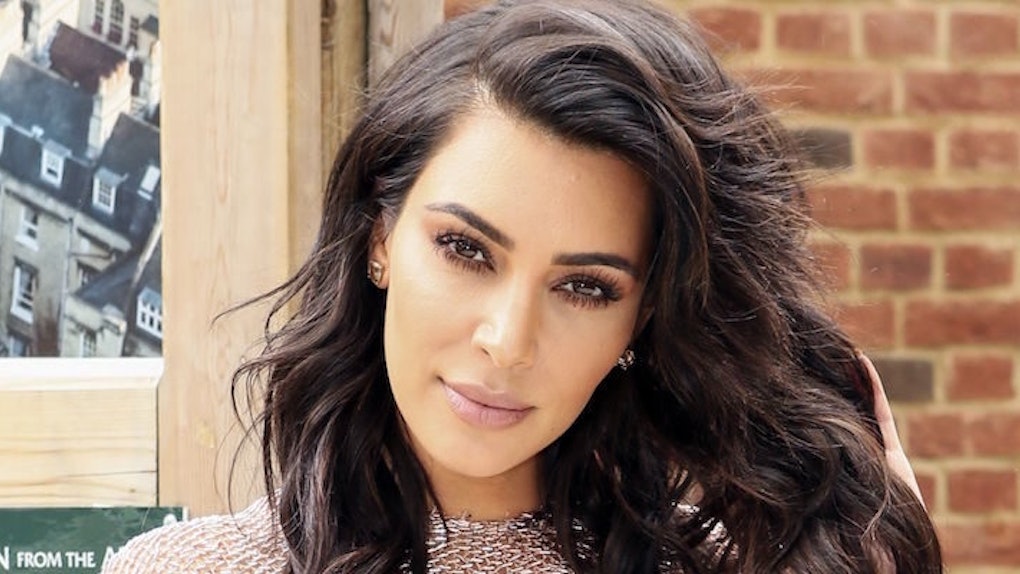 Kim Kardashian Really Wants You To Know She's Not A Feminist

Kim Kardashian would really like you to not call her a feminist, despite the fact that she totally believes in feminism... apparently.

Last week, Kim said at a conference that she doesn't think she's a feminist because although she loves and supports women, she's not a "free the nipple type girl."

On Monday, she elaborated on that sentiment in a blog post on her website called, "Why I Don't Label Myself A Feminist."

Kim said in the post that while she understands why so many are prone to call her a feminist — and while she definitely believes in feminism — she just doesn't feel comfortable with the label.

It's simply a personal choice that I don't like the idea of being labeled. I'll always fight for women's rights. Always. I support women to the fullest. But, at the end of the day, no one should feel pressured to be labeled as anything just because they believe in certain things and support certain values or ideals.

So, Kim wants to fight for women's rights. But hearing the word "feminist" is way too scary, I guess?

It's getting a little confusing, to be honest. This is especially because everything Kim described in that blog post can be labeled as "feminism."

Sigh. I guess I'll just hold out for a Beyoncé-level transformation from Kim someday.

Citations: Kim Kardashian Says She's Not a Feminist, She Just Believes in Feminism (The Cut)