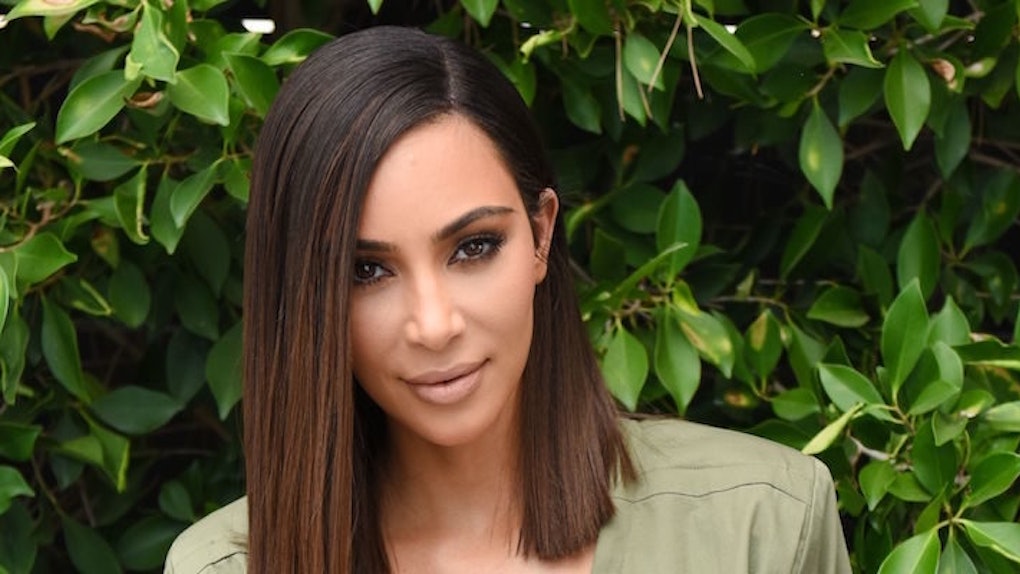 Here's Why Kim Kardashian Doesn't Consider Herself A Feminist

In spite of everything she's done for women with her empowering nude selfies, Kim Kardashian West does not consider herself a feminist.

According to BuzzFeed, Kim said at the BlogHer16 conference in Los Angeles on Friday,

Everyone always says, are you a feminist? And I don't think that I am... I don't like labels. I do what makes me happy and I want women to be confident and I'm so supportive of women… But I'm not the 'free the nipple'-type girl.

First of all, I take issue with the fact that Kim said she's not a 'free the nipple'-type of girl. In March 2016, she tweeted out not one, but TWO topless selfies.

In the first one, she's completely nude.

In the second one, she's topless with her friend, Emily Ratajkowski.

But let's let her have that point and move on to her claim that she's not a feminist.

Now, I'm not saying Kim Kardashian needs to identify as a feminist, but I think before she continues to claim she's not one, she should understand what feminism is.

I'm no expert, but I always understood feminism, or being a feminist, to mean wanting to give women the equal rights to which they are entitled and empowering them to control their own lives -- nothing more and nothing less.

That includes empowering women to make decisions about their bodies. It means being a housewife if you choose to, or being a high-powered businesswoman because it's what you want. It means wearing a bra if you like it or burning it if you don't. It means getting the same amount of money for the same work.

Being a feminist is, at its core, just supporting women to be women as they define themselves.

That being the case, I'm really confused by Kim Kardashian's take that she's not a feminist and doesn't like such labels.

Well, nobody loves labels, but they can be helpful to figure out what a person stands for. So when Kim says she's not a feminist, it could make people think she doesn't support women, which she clearly does.

You may not think you're a feminist, Kim, but your attitude and actions say otherwise. I just wish we were all on the same page as to what feminism means.