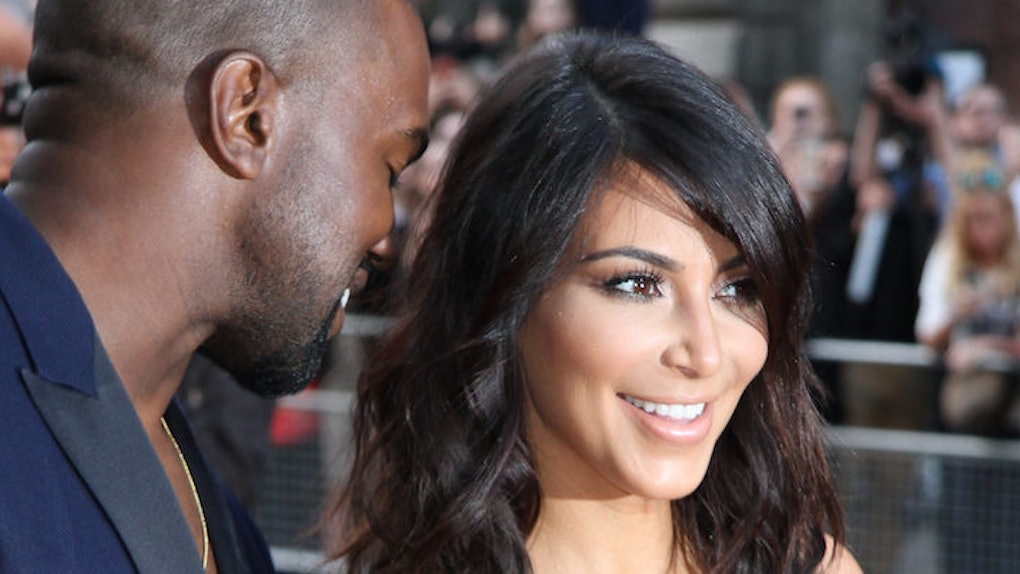 Kim Kardashian And Kanye's New $20M Home Has A Spa Inside Because Why Not?

As expected, Kim and Kanye's $20 million mansion is effing gorgeous and will make you feel terrible about your current financial situation.

I would like to make it very clear I'm writing this article wearing a t-shirt I bought at Walgreens while drinking a coffee I bought at 7/11.

I'm not saying I'm in a dire financial situation. I am just saying if you're reading this, you're also probably not a bazzillionaire. It's nice to gain perspective before you look at the comically massive Hidden Hills mega-mansion Kim and Kanye will soon sleep in.

The five-acre estate -- yeah, five acres of estate -- was bought in 2014 and was soooo massive they haven't even finished renovations on the house and won't for at least another few months.

Honestly, Pablo himself would be jealous of this city the duo has built for themselves.

According to reports, the small village Kim and Kanye will live in features a two-story (TWO STORIES) playroom alongside a basketball court, a gym, a straight-up full-sized movie theater, a recording studio and hair salon/spa.

I have no idea if this is a closet or a fireplace room. Either way, wtf.

The original estate was reportedly not big enough for the duo to live in so they bought the house next door for $2.9 million to expand the property.

The estate appears to have a vineyard or garden or something, and we KNOW Kim isn't gardening shit so there is only one logical conclusion to make here.

YEEZY IS GETTING INTO THE WINE OR PRODUCE GAME.

While the house was being renovated, Kim and Kanye lived with Kris Jenner for several months before she kind of kicked them out.

Last year, Kim admitted on "Jimmy Kimmel Live!" the arrangement didn't really work out after a while, saying,

People didn't understand why we lived with my mom. After a year and a half, she got really crazy with us and pretty much, not kicked us out, but just was really anxious to get us out. She thought I just got too comfortable and I was starting to rearrange all her furniture in order, different wallpaper. I was going crazy with some of the things in her house, so I wanted to make changes and she wasn't having it. It's better that we're out.

Yeah, I guess this place is OK or whatever.