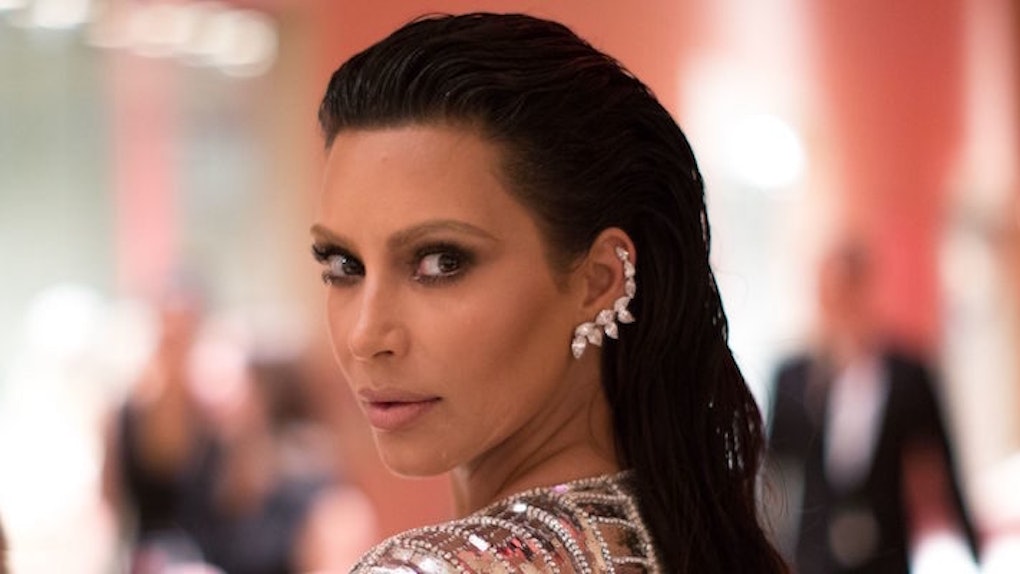 Kim Kardashian Admits She Had Butt Injections, But Her Reason Doesn't Add Up

But guys! It was only to help treat her psoriasis! Not because of the pressures on famous women to look a certain way in our society!

In a live-stream on her website on Monday, Kim admitted yes, she has had injections in the booty. But she said the reason for them was purely medical — to help treat her itchy skin disease.

I went to go get a cortisone shot in my butt. I lived right behind Kitson. One of my neighbors was a dermatologist at Cedars. I go in there and he's like, 'There's a one in a billion chance that you will get a huge indent in your butt.' Of course I get a huge indent on my butt.

Rumors started flying that the now 35-year-old reality star got butt implants back in 2007, with a picture where you can see the indent where Kim got the shot.

There is a picture of me in Miami wearing an electric blue dress, and another picture of me walking down Robertson. You see the indent. And I think that's when the rumors started: 'She's had implants.'

OK, Kim, sure. Cortisone shots to your butt for medical purposes. Got it.

If we're to believe "Keeping Up with the Kardashians," Kim first discovered the red itchy spots on her legs on episode six of season six, "Kendall Goes on Birth Control."

This episode is from 2011, four years AFTER Kim claims she got her cortisone injections to help her rash.

So either Kim is psychic or those butt injections had a different purpose than treating a medical disease.

Look, Kim, I'm not saying you got implants.

And I'm not judging you if you DID get implants! Even if you're not a feminist, you have a right to do whatever you want with your body. I'm just sayin', this psoriasis story doesn't add up.

Man, you can't trust any rich and famous people these days!