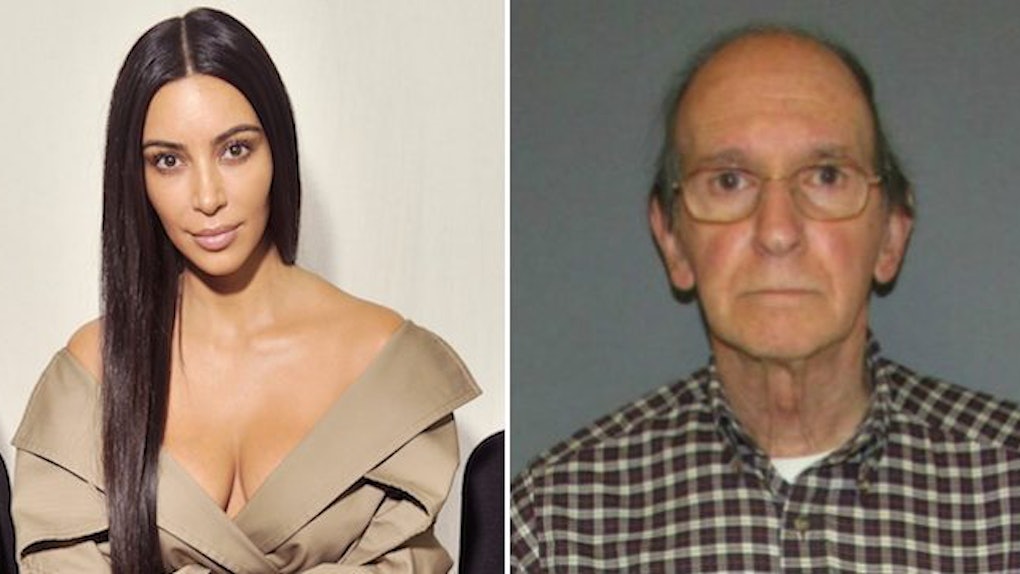 Kim Kardashian Book Destroyer Reveals Why He Did It

Remember the 74-year-old guy who was said to have hated Kim Kardashian so much he decided to destroy a bunch of her "Selfish" selfie books with red liquid?

How could we ever forget?! Some of us cheered him on while others booed.

Well, it turns out he doesn't actually "hate" the 36-year-old like we thought he did -- but he doesn't necessarily love her, either.

According to TMZ, Puia told reporters his outrage was sparked when he witnessed a mother snatch a copy of "Selfish" away from her young son.

Puia saw the book and felt it was "too pornographic" and too "accessible to kids in the store," so he chose to take matters into his own hands.

The man claims the books were on display not too far from a nearby children's section inside of the bookstore. The 74-year-old book vandal confronted a store clerk about moving the books to a higher shelf away from innocent eyes.

Carl Puia then reportedly left the store before returning three days later to find Kim K's raunchy "Selfish" books unmoved in the same exact spot. That's when he saw red and came back with red liquid to destroy the books.

He apparently felt the children should not have to be exposed to "pornographic" content like Kim's book.

I'll be honest. I wouldn't know what to do if I was a little kid and opened that book...

But I probably wouldn't destroy it with red dye.

The man eventually turned himself into police after he got word from authorities there was a warrant issued for his arrest, according to the report.

While it is unlikely he will face jail time for his crime, he will probably have to pay some sort of fine. Puia is expected to appear in court on March 22.