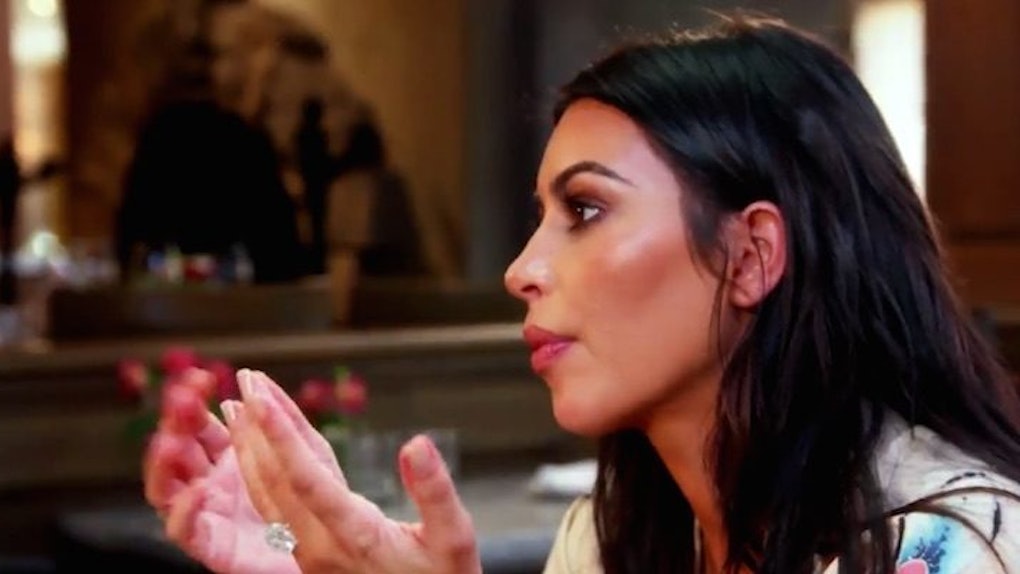 To quote our 2020 president-elect, Kanye West, “Blac Chyna fuckin' Rob helped him with the weight.”

Sadly, though, while Rob Kardashian's weight has been helped, his emotional health is still a cause for grave concern among family members.

Despite being in better spirits since his relationship with Chyna began, Rob's behavior on Sunday's mid-season finale of “Keeping Up With The Kardashians” is reminiscent of darker, more reclusive days.

In the ep, Kris Jenner joins Khloé and Kim Kardashian for a yummy lunch of what appears to be just iced tea to discuss why Rob won't talk to his pregnant fiancé.

Khloé wonders how long Rob will give Chyna the silent treatment and Kris responds,

I don't know, but I talked to Chyna and it scared me because it was everything that we had experienced with him. She was experiencing the same thing. So she wrote me last night and she said, 'Can I see you tomorrow? I just really need to talk to you, Rob won't talk to me.'

Kim, whom we can always depend on to take shit from zero to 100 and get those eyeballs glued to the screen for eternity, asked whether her brother is “ever gonna see his kid, though?”

Despite the fact "his kid" is still fully unborn and this fight is happening months before there is even a kid to see, Kimmy's bringing those hot, hot hypotheticals to the table like the tabloid TV veteran she truly is.

Khloé calls her sister out but acknowledges in an interview segment how precarious Rob's emotional stability truly is.

I know when my brother hurts, how badly he does hurt. The more they're fighting and the longer things are bothering him, the more depressed he gets. He'll go into hiding again, go missing. Like, I don't want Rob to live that life anymore.

The couple has since appeared to reconcile and are happily awaiting the birth of "his kid." So, sorry Kim. Perhaps the next bought of drama will tear them apart forever.