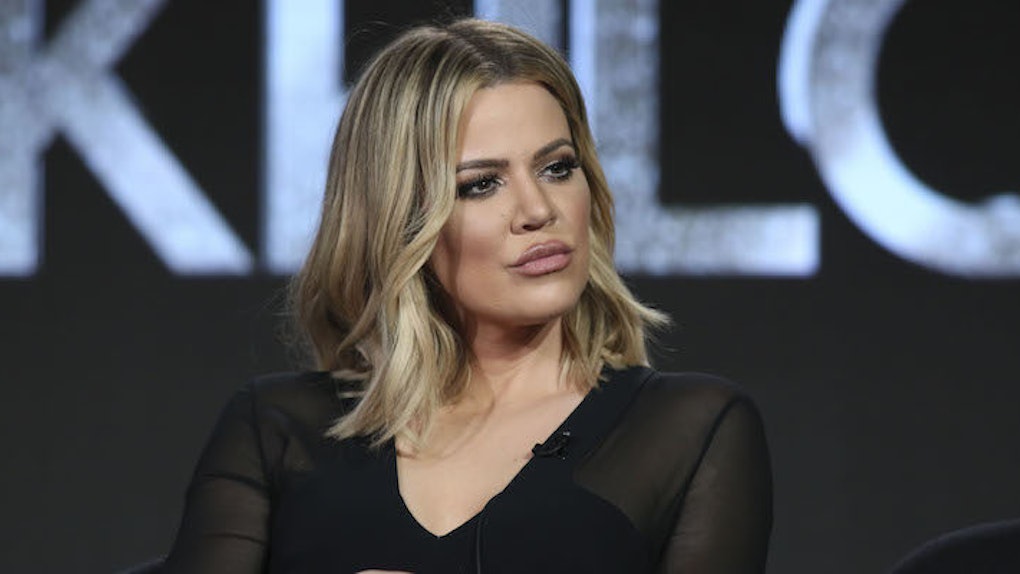 Do you remember that one mixtape your high school boyfriend made you two months before you broke up? You must have played that old burned CD over a million times.

Eventually, one of your friends probably hit eject and tossed it out the window while you were on the highway. A person can listen to "Dirty Little Secret" only so many times.

But you can capture that feeling again, especially if you need some sad songs to process your new sad feelings.

Khloé Kardashian just released her breakup playlist on her website and app. She wrote,

Sometimes all a girl needs is a good cry and some musical healing.

The reality TV star and "Strong Looks Better Naked" author has some pretty eclectic taste, too. Of course, she includes her brother-in-law Kanye West's "Heartless" and the breakup song queen Adele's "All I Ask," but there's a number of surprises.

Songs range from Mariah Carey's "Without You" to the Nina Simone classic "Ne Me Quitte Pas."

This sad breakup playlist may stem from Khloé being in the middle of formally splitting from her estranged husband, Lamar Odom. They reportedly no longer talk after she filed for divorce a second time.

Khloé put their divorce on hold while she took care of Odom following his hospitalization in October, but she's now ready to move on. Maybe that's why her list opens with Brian McKnight's "One Last Cry."

You can listen to Khloé's playlist below, which features, according to Khloé, the "saddest songs so you can let it all out."