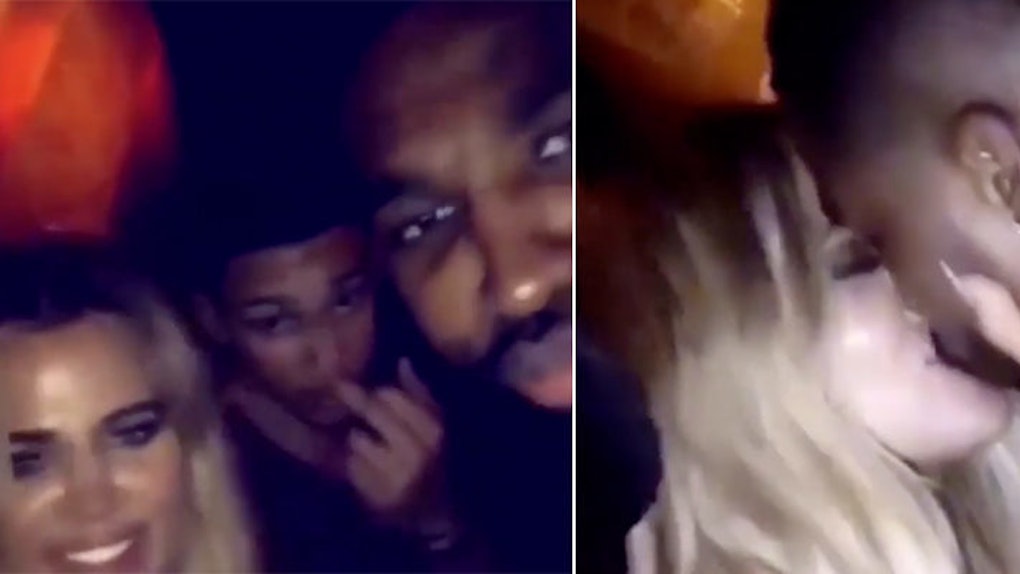 Khloé Kardashian Held Nothing Back In Steamy Snapchat With Tristan Thompson

Khloé Kardashian and Tristan Thompson went to town in a new Snapchat video that showed the couple in their most candid moment yet.

The reality star and her new NBA boyfriend held nothing back as they put on a show for the camera.

The moment happened at the Rockwell Nightclub in Miami, where the two celebs were clubbing on Friday night, according to E! News. Oh, and just so we're clear, they clearly knew they were being recorded.

Khloé even gave a smile for the camera, then flipped the bird, before going back to work with Tristan.

In an exclusive, an inside source reportedly told E! News,

They were all over each other! They were making out!

Yep, that seems to about cover it.

The two lovebirds' fling has been in the public eye for a few weeks now, and even though E! News' source claims the two are "not too serious yet," Khloé appears to be enjoying Thompson just as much as her last NBA bae.

She hasn't had this much fun since she was with James [Harden].

Clearly, they had no worries about sharing that fun with Snapchat.