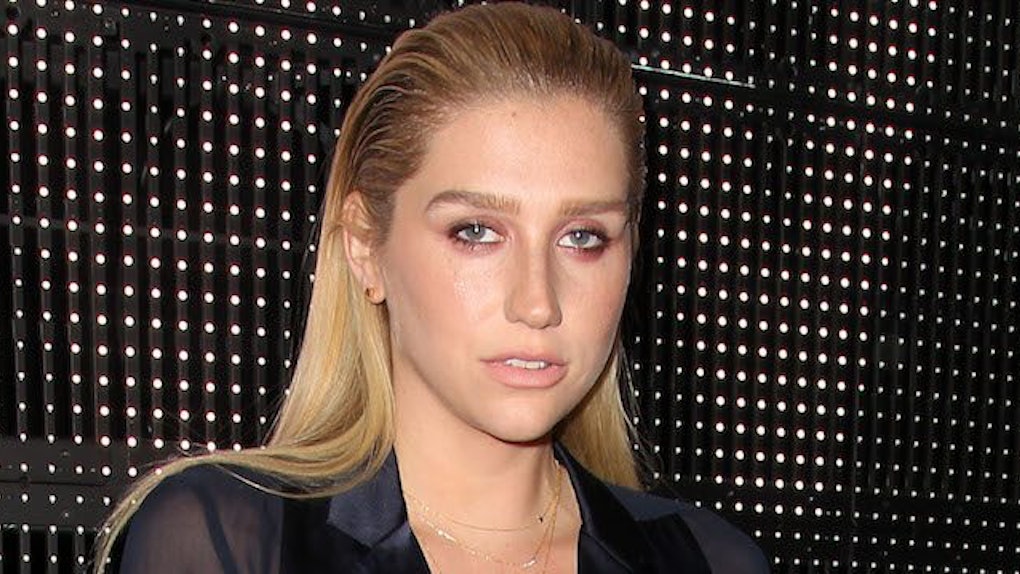 Kesha Opens Up About Eating Disorder In Emotional PSA

Kesha has kept a relatively low-profile over the past six months, while her now three-year-long legal battle with Dr. Luke still continues.

But this week, the 30-year-old pop singer opened up about her past for a cause she believes in: eating disorder awareness and treatment.

She concludes by urging anyone who is struggling with an eating disorder, or knows someone who is, to get a quick screening on the NEDA website.

Kesha has not shied away from sharing her own experience with eating disorders in the past.

The video opens on a visual quote from Kesha explaining how her own life-threatening eating disorder made her realize she wanted to get involved with the awareness campaign.

I had an eating disorder that threatened my life, and I was very afraid to confront it. I got sicker, and the whole world kept telling me how much better I looked. That's why I realized I wanted to be part of the solution.

This is not the first time Kesha has opened up about her eating disorder. In a 2015 interview with Vogue, the singer revealed what it was like to spend time at an eating disorder rehabilitation center in 2014.

I went to an eating-disorder specific rehab site where a nutritionist taught me that food is a positive thing for your body. I realized being healthy is the most important thing I can do for myself.

And while Kesha was struggling with her eating disorder, she said she got "positive feedback" from friends on how good she looked — which only made things worse.

I started to think being hungry to the point of feeling almost faint was a positive thing. The worse it got, the more positive feedback I was getting. Inside I was really unhappy, but outside, people were like, 'Wow, you look great.'

It certainly hasn't been an easy few years for Kesha. So it's inspiring to see her use her voice to help others maybe have an easier time than she did.