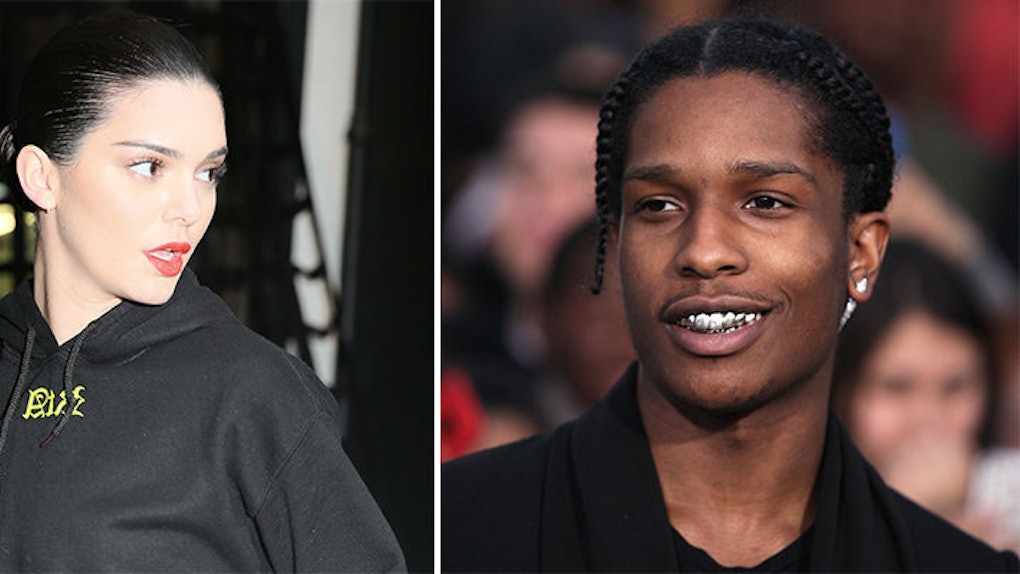 Ever since rumors began swirling that Kendall Jenner and A$AP Rocky started dating last month, the Harlem rapper has been making headlines for various reasons.

Then, reports broke that Rocky's stepmom wants him to have NOTHING to do with Kendall Jenner.

The most recent news surrounding A$AP Rocky? His former landlord is suing him after an apartment he rented was allegedly found in ruins.

According to TMZ, A$AP Rocky contacted his landlord in the past to inform him that he'd be making a few changes to the apartment. He also agreed to restore the apartment back to its original condition before his lease was up.

Rocky's landlord is reportedly suing him after claiming that the apartment was left "filthy and damaged" after he vacated the place last month.

In addition to the mess, one of the changes to the property includes the demolishing of a walk-in closet that was transformed into a makeshift recording studio.

The report also states that there are scratches and stains throughout the apartment and that a chandelier and a security camera were removed.

As a result, A$AP Rocky's former landlord is seeking an undisclosed amount of cash to restore the apartment back to normalcy. He is also asking for $100,000 in punitive damages.

Despite the fact that Kendall Jenner and A$AP Rocky have yet to confirm or deny their bond, I'm pretty sure the 20-year-old model would hate to hear he was having Tyga-like legal issues!

Citations: A$AP Rocky Sued -- You Demolished The Crib I Leased You!!! (TMZ)