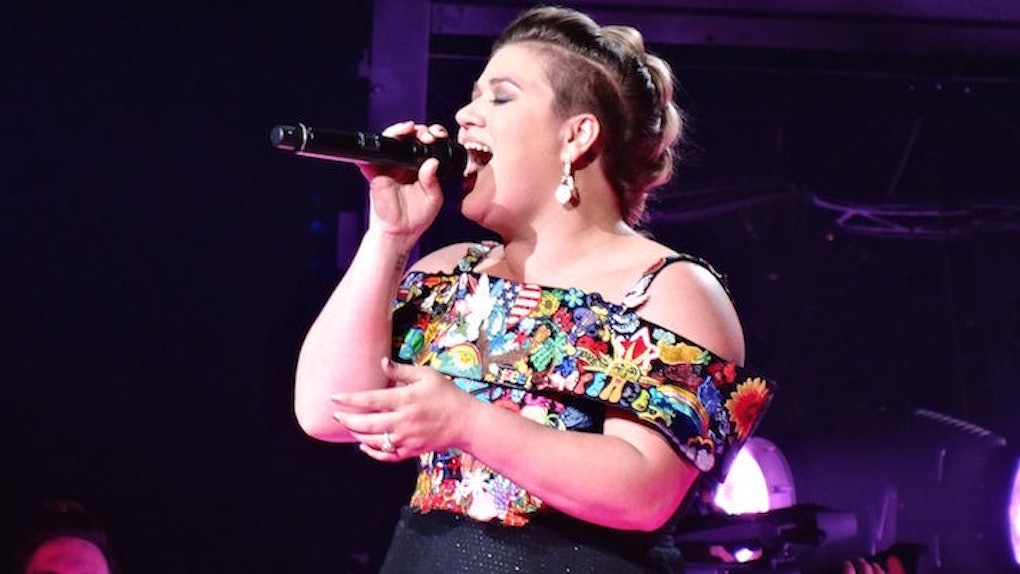 Kelly Clarkson Covered A 'Hamilton' Song And It's Gorgeous

Kelly Clarkson's cover of "It's Quiet Uptown" will have you in straight-up tears this weekend.

Regardless of what happens on Tuesday, we'll all be crying.

Whether it's because America elected the first female president, or because the electoral college gave a human genital wart access to our nuclear codes, we're all going to need a good old-fashioned sob sesh.

I'm talking about the kind of sob sesh reserved for the moments after final's season end, or when Matthew Fox closed his eyes during the last seconds of the "Lost" finale.

Might I suggest this Kelly Clarkson's cover of "It's Quiet Uptown" from "Hamilton?"

YUP. I too am now just a walking jar of tears in a pair of khakis and a button down shirt. HOLY CRAP, IS THAT COVER NEXT LEVEL, OR WHAT?

The cover isn't just a fan cover of the song, by the way.

Clarkson, along with looks like 40,000 other artists, are all taking part in "Hamilton Mixtape," which covers music from Lin Manuel-Miranda's breakout musical game-changer "Hamilton."

If you haven't checked out the list of who's participating, I strongly suggest you get your eyes on this thing.

Clarkson teased that she'd be dropping the song earlier this week.

Fans of the musical and Clarkson are rightfully losing their minds on Twitter.

Clarkson isn't the only "Hamilton Mixtape" star getting some traction today.

Busta Rhymes's cover of "Rise up," which also dropped today with Clarkson's cover, has fans freaking out.

You can listen to it here:

It seems like the whole world, including the talent in the mixtape itself, is sitting by their computers today with Clarkson and Busta's song on repeat, waiting for the mixtape to drop in December.

The world will never be the same.