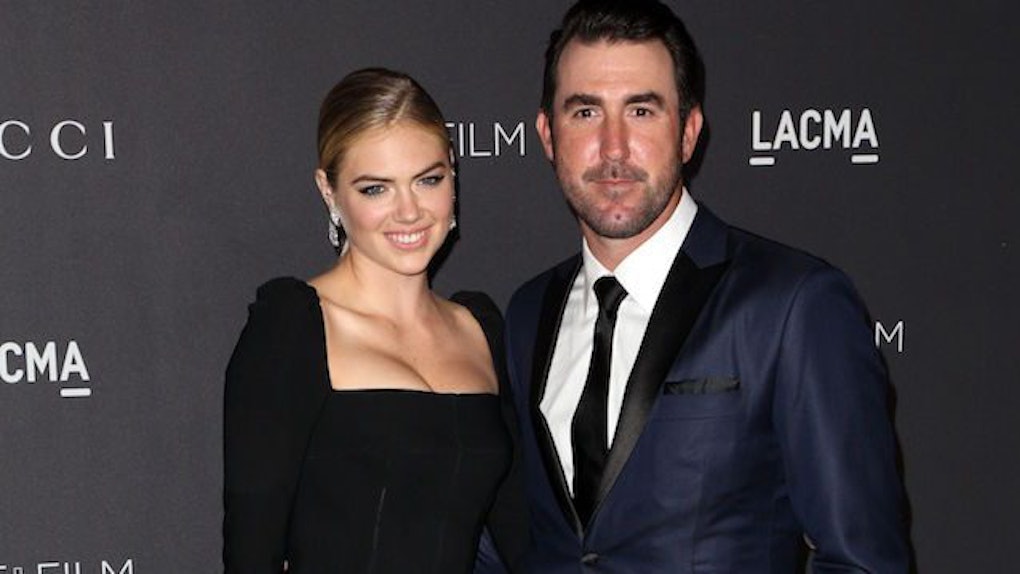 Kate Upton Talks About Sex With Her Fiancé On Game Days

Just like me every single day, Justin Verlander's pregame ritual involves tons and tons of not having sex with Kate Upton.

The Detroit Tigers pitching ace and the 24-year-old model have been a thing for a while now, which means they probably have their own couple schedule that couples tend to make after they get comfortable.

One couple thing we know they for sure have is a very strict set of boinking rules.

Kate was on "Watch What Happens Live" with everyone's goal dad, Andy Cohen, when a caller asked if Justin likes a lil' pre-game nookie or if he takes his nookie after nine innings are up.

The answer will shock and annoy you.

There's no sex before a game, absolutely none. And then also what I just found out is, if he plays too well, there's no sex after, either.

When Andy asked why, she responded,

He's exhausted. It's kind of a buzzkill for me.

Listen, I kinda get the pre-game argument here. Rocky's whole "women weaken knees" thing is a time-tested sports adage. Not going ham before a game helps you focus, and lord knows the Tigers don't need their own version of Johnny Manziel.

I would take lives if some eccentric billionaire broke into my house and was like, "Kill your family and I'll let you hug Kate Upton for like 25 seconds."

Listen, Justin. You're a hero to us regular guys. All MLB pitchers are. You're all doughy with frat-house faces yet have canons for arms, so you get to hang with models and Pitbull.

Every time you get down with your fiancée it is more than just you and Kate, it's a reminder that us average-looking guys can achieve greatness. Don't throw this inspirational moment out.