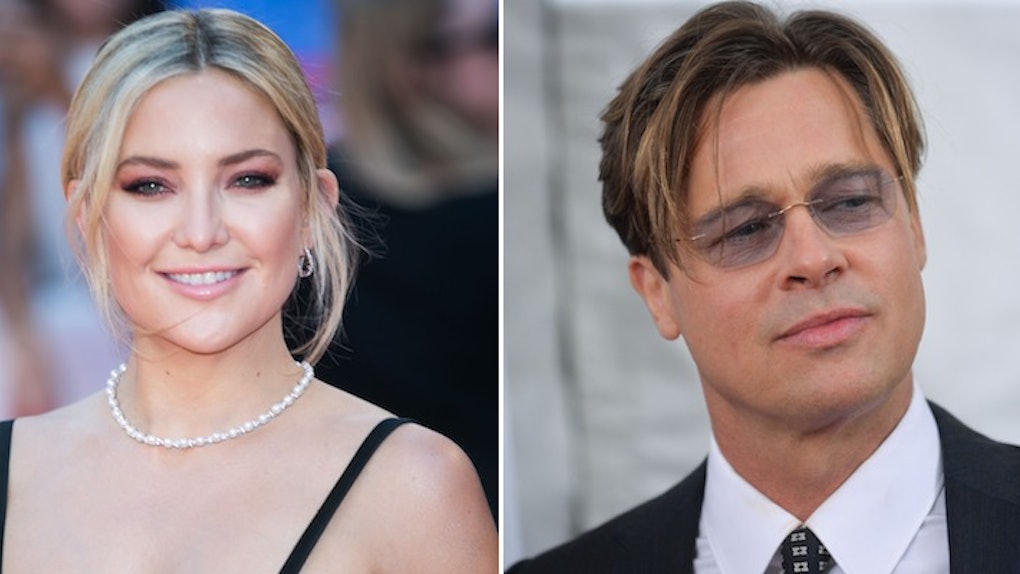 Kate Hudson Said She Wants To Someone Like Brad Pitt

It's been less than a month since Brad Pitt and Angelina Jolie called it quits on their 12-year relationship (two years of marriage), but that's not stopping Kate Hudson from gushing over how "handsome" Brad is.

The 37-year-old actress sat down for an interview with Howard Stern where she spoke about what she really wants right now in life. While she didn't come right out and utter the name "Brad Pitt," she might as well have.

You know what I really want right now? Honestly — I'm just gonna be honest — I want [a] funny [guy]. Funny makes me happy. But I just want someone really hot!

She didn't stop there. It's obvious that Kate Hudson has a good idea of EXACTLY what (or who, rather) she wants. The actress continued,

Ah, so it's more of a fling type of situation that you're looking for, Kate. I see.

As expected, her answer wasn't good enough for Howard Stern. The 62-year-old radio host asked Kate Hudson if she'd be down to hook up with someone like 52-year-old (newly single) Brad Pitt.

And THAT'S when she finally spilled the beans, enthusiastically saying,

Way to be incredibly blunt, Kate -- but I think it might be a little TOO SOON if you catch my drift. I guess that's why, when Howard Stern reminded her that Pitt is now single, she quickly quipped,

Hey, no harm, no foul. All you did was gush over a man in the middle of some family drama -- but it's not YOUR fault. We'll just pin the blame on Stern for asking such hard-hitting, incredibly relevant questions!